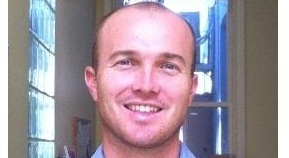 The current Labor party leadership wrangle has gone too far and must be resolved sooner rather than later. Not only is it distracting them from doing their job (i.e. leading our country), it is doing damage to the party’s reputation and its chances in the next election.

As is often the case, most of us don’t really know what is happening behind closed doors. All we can do is read between the lines of the many interviews and statements being given to the public. Rudd’s comment that he won’t be challenging for the leadership “right now” is so carefully said that it almost guarantees a challenge at some point in the near future. It’s similar to when a football club committee says the coach “has their full support”. In that case the coach is usually sacked within the month.

I’m taking Gillard’s side in this argument and believe this whole saga is an unnecessary distraction to her job of running the country. Rudd has had his chance and was unsuccessful so I think it’s time to move on. His current behaviour is putting himself in front of his party. Then, yesterday he said “as to whether, you know, KRudd has changed in any fundamental way, that’s a judgment for others to make”. Who wants a Prime Minister that refers to himself in the third person and by his nickname? Plus do we really believe he didn’t leak the latest expletive laden video of himself? It wouldn’t be the first time he’s tried to convince us that he’s just a regular Aussie guy in an attempt to win the vote of the common man.

Do you agree with Ged? Is Julia Gillard our best choice as PM? Or is our best PM neither Gillard nor Rudd? What’s the best way to resolve the current debate?