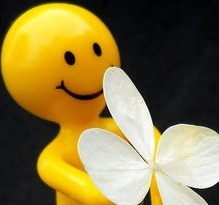 Random acts of kindness by strangers are going some way to restore faith in humanity. A couple of dollars to catch a bus, change for a coffee, or simply passing on a newspaper to a stranger on the train can all make a difference to someone’s day.

These acts of kindness are not charity. They are simply ways to help people who find themselves temporarily in a sticky situation. One such person was Sarah, who on a recent trip to Bali, found herself missing her flight home with no means to pay for another. The airline she was travelling with showed no kindness or compassion and in the end, she was ‘rescued’ by a young surfer who offered to pay for her flight. This young man had no way of knowing if and when he would get his money back, but seeing a fellow Australian in trouble, decided it was worth the risk. Perhaps he believed the karma of a good deed would stand him in good stead in the future. Thankfully, his kindness was repaid and Sarah paid him back.

The Kindness Offensive was launched in the UK in 2008 and has been followed by many similar movements across the world. WakeUpSydney arranges for kindness cards to be sent to people to encourage them to carry out random acts of goodwill, so far it has sent over 70,000.

Acts of kindness don’t necessarily have to involve money; paying someone a complement, writing a love letter or simply smiling at the person sitting across from you on the train, can all make the world a better place.

Find out more about WakeUpSydney

I consider myself a kind person, not in a gregarious splashing cash and continual do-gooding kind of way, but by doing little things which I think can make a difference. Walking my neighbour’s dog when I’m taking my own anyway, always asking after my elderly neighbours and making sure my son’s friends always have a lift from school if they need one. Small, simple things which I know are of importance to those on the receiving end.

Recently, I carried out two acts of kindness which involved money and I don’t think I’ll be rushing to do the same again. The first involved giving someone five cents in the baker’s shop as they were short, only to find when they opened their wallet, that they had a wad of notes which they obviously didn’t want to break. No thank you was forthcoming. The second was a slightly grander gesture. When having some work done at home to address a rather unsightly aspect of one neighbour’s garden, we decided to extend the works to cover our other neighbour’s property, which was also blighted by such ugliness. There was a considerable cost involved, but we didn’t ask for a contribution. As yet, we’re still waiting on a thank you.

I always find it surprising when people don’t respond to kindness in the way in which I would. A little civility and a thank you cost nothing. My recent disillusion will not stop me from being the good person that I consider myself to be, but I do think money sours the experience.

Do you think kindness is underrated? Have we lost the art of saying thank you?