Australians are set to make big losses on their superannuation savings, with new data showing people will have lost an average of about 3 per cent on their balances over the past financial year.

While 19-year-old Ruby Tsitaridis has a long way to go until she retires, she still worries about her superannuation balance.

The hospitality worker is facing a big hit to her retirement savings because, for years, she was ripped off by her previous employer who did not pay her superannuation while she was training as an apprentice in construction.

“[The cost of] living is going up, food is going up heaps, and I personally struggle to cope, even with the pay that I get now, to afford that stuff,” she said.

“Forty years down the track, when I do decide to retire, that money [lost because of unpaid super] will be very big deal to me.”

Data from Rainmaker Information — which measures MySuper products that most Australians retirement savings are invested in — shows that single-strategy, default workplace superannuation products are even expected to deliver a median loss of 2.8 per cent to fund members for the 2021-22 financial year.

Such a loss would be the fourth-lowest annual result in 35 years, and the sixth time since Rainmaker Information began keeping records that default superannuation has delivered a negative result, according to the research firm’s executive director of research Alex Dunnin.

Mr Dunnin said that despite the low result over the past financial year, benchmark returns are at about 6 per cent annually over five years and 7.9 per cent over 10 years.

“We should be expecting quite a rough patch for the next six to 12 months,” he said.

The data comes as the Albanese government is set to announce a review into the former Coalition government’s benchmarks that helped measure the performance of superannuation funds.

“We want to ensure that [the benchmarks] don’t put in place perverse outcomes,” Mr Jones said.

“There is a role for government to ensure that there is continual pressure on the funds, that they’re structured in the right way to get great returns for members over the long term.”

The performance test, introduced last year as part of the former Coalition government’s Your Future, Your Super reforms, is designed to weed out underperformers from Australia’s $3 trillion super system and help lower the high cost of fees.

However, since the test was introduced last year — finding that more than one million Australians hold their money in underperforming funds — many of the super funds have complained the benchmarks are unfair.

One of the criticisms is that the benchmarks don’t take account of riskier nation-building investments such as infrastructure, which are crucial but that compared to other types of investments, may result in lower returns in the short term.

Mr Jones said the government would also examine how superannuation could be paid on top of paid parental leave, as well as the feasibility of lifting the rate of superannuation that employers would be required to pay their workers to 15 per cent after 2025.

The superannuation guarantee rate — the rate of compulsory super that employers are required to pay their workers — is set to lift from 10 per cent to 10.5 per cent on 1 July and rise incrementally until it hits 12 per cent by 2025.

While the 0.5 per cent increase is supposed to be passed on by employers to staff on top of their base salary, some employment contracts state that superannuation is part of a workers’ base salary and not in addition to.

That effectively means the worker would need to fund the superannuation rise out of their current base pay — in other words, take a pay cut.

Last year, several large, listed companies failed to pass on the increase. However, this year, ABC News contacted all the big four banks, AGL and Telstra and all have promised they will be passing on the super increase to their workers.

Mr Jones said any “smart employer” would not be cutting their workers’ take-home pay in a tight labour market where it was hard to get qualified staff.

“I don’t think it’s in anyone’s interest that they would do that, at this point in time, [and] the government will look very closely at what is occurring.”

“Our message to employers is: ‘Work with your workforce, do the right thing by them’.”

Prime Minister Anthony Albanese has previously indicated that Labor would examine the long-term objective of lifting the rate of compulsory super to 15 per cent after 2025.

“I think, at the time, [Mr Albanese] was looking at what public servants and government MPs and senators are paid, but he also made it quite clear that that [lift to 15 per cent] is over the horizon,” Mr Jones said.

“What we’re focused on right here, right now is delivering on our election commitments to [keep the legislated increase to] 12 per cent.

“There is no lack of willingness from the Prime Minister, the Treasurer, the finance minister, right throughout our cabinet, to want to make this happen.”

However, he added: “We’ve just got to get the headroom in the budget to ensure that we can afford it.

“[The cost to the federal budget of paying superannuation on paid parental leave] is a big number. It’s close to $750 million over the forward estimates,” Mr Jones said.

Young workers could miss out on years of being paid superannuation

Another major change kicking off on 1 July is that workers no longer need to earn more than $450 per month to be paid superannuation.

The threshold is being removed, meaning that thousands of part-time and casual workers — the majority of whom are women — who currently do not qualify for payments because they did not earn that much per month, will now be eligible.

However, experts say the one anomaly that remains in the law is that workers under 18 years of age will still need to work more than 30 hours per week to get paid super.

Ruby Tsitaridis now works part-time with a new, trusted employer at a pub in Melbourne.

She has turned 19, so she will be eligible for superannuation, but she worries about her under-18 friends who will miss out because they work less than 30 hours a week.

“I think it’s wrong on every level,” she said.

“I don’t think many of my younger friends know about super, and how to access it, how to look at it. I definitely feel like they will be affected by it, whether it’s tomorrow, or a year or two years from now, they will eventually realise.”

Political economist and a policy director at the Centre for Future Work Fiona Macdonald said the removal of the $450 threshold was a real win for workers, especially women, who make up two-thirds of the 300,000 people who are likely to be impacted.

“But it’s not fair that this doesn’t apply to workers under 18 years of age,” Ms Macdonald said.

“People need to be able to start their superannuation savings at that age, particularly with increased casualisation and part-time work,” she said.

Australian Council of Trade Unions (ACTU) president Michele O’Neil is also calling on the government to remove the 30-hour work requirement for under-18s, so that people of all ages can be paid superannuation.

“We think that it’s important that superannuation is paid on every dollar that everybody earns. It doesn’t make sense to have exemptions,” she said.

“We want to build for healthy retirements, so that people know they’re going to be able to live a dignified life when they get to the end of their working life. And the earlier you can start doing that the better.”

Ms O’Neil said the pathway to 12 per cent super was an important one, given most Australians were not getting pay rises.

“We’ve had wages going backwards, in real terms, in the last few years,” she said.

“Wages are still tracking well below inflation. We need to see a lift in wages and a lift in superannuation.”

Ms O’Neil also noted there still were “systemic problems in Australia, where some workers aren’t getting the minimum pay they should get and they’re also not getting paid their super“.

Mr Jones said there was “no time or tolerance” for employers who rip off their workers.

The government is pushing the ATO to crack down on bosses not paying workers their superannuation.

Mr Jones said that, over time, the government might also take a look at the current rules impacting whether or not young people get superannuation.

“We’ll be telling the Tax Office [officials], we want them to lift their game on chasing down those businesses that are doing the wrong thing against their competitors [and] against their workers,” Mr Jones said.

He said the government would be “talking to the tax office” about what can be done around system changes that would proactively ensure that employers don’t inadvertently pay the wrong rate, or fall behind in their superannuation payments, “so that they don’t inadvertently do the wrong thing”.

Mr Dunnin says that some people who have their superannuation tied up in stock investments might try to recoup some of their losses by opting for bonds or cash instead. However, he warned that shifting into other types of investments might be just as risky.

“It might make sense to really not change what you’re doing too much because, if you do move away from equities, perhaps because you’re a bit frightened, into bonds, you could be jumping out of the frying pan into the fire,” Mr Dunnin said.

He also welcomed the government’s review of performance benchmarks.

“The last thing we want funds to do is actually just take the money [and only] invest in really safe, conservative assets because, over the long run, we will be worse off.”

Mr Jones said superannuation had performed “very, very well” over the past decade “and we’ve got good reason to believe it’ll do very well again over the next decade with the right measures and performance benchmark pressures in place.”

While there were “ups and downs” and the current investment market was volatile, he said people needed to stay the course with their super.

“The message to people who might be a little bit nervous about their statements this year is: ‘Stick with it. Go the distance. These are long-term investments, and this is about funds put aside for your retirement income’,” Mr Jones said. 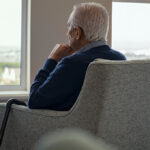 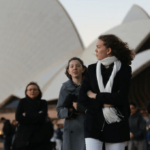