The national energy regulator has capped gas prices as the spot market in Victoria soars to more than 50 times the normal level, with a peak industry group describing the price rises as “apocalyptic”.

The price blow-out comes as household demand rockets as temperatures drop and adds to the cost-of-living woes  a spike in electricity prices.

According to the Financial Review, the regulator – the Australian Energy Market Operator (AEMO) – capped the price in the Sydney and Brisbane markets last week and on Monday it imposed a price limit in Victoria after spot prices were set to soar to $382 a gigajoule.

The price has now been capped at about $40/GJ in the Brisbane, Sydney and Melbourne markets.

The Financial Review said the ‘shadow’ price for gas that would apply if the cap was not in place spiked again on Tuesday morning to a record $800/GJ. Manufacturers typically pay less than $10/GJ on contract rates.

Employer group Australian Industry Group blamed the price rises on outages at old coal plants driving demand for gas for electricity generation, high domestic demand and the background price pull of international energy prices which are at unprecedented levels due to the war in Ukraine.

“We can expect international factors to sustain energy prices for years to come – especially in natural gas.

“Households will feel the pinch from higher default electricity prices from July and more pain is coming for all.”

Read: Electricity prices are spiking 10 times as much as normal

Mr Willox said there were no simple solutions.

“All of Australia’s former strengths – our reliance on the legacy coal generation fleet, large gas resources and deep entanglement with export energy markets – are working against us in the current circumstances,” he said.

“But all of our new energy options – from renewables and storage to biogas, hydrogen and energy efficiency – are hard to accelerate amid global supply chain woes, skills constraints and unease from communities around energy megaprojects.”

Mr Willox said the sector needed both long-term solutions and short-term responses to help vulnerable businesses and households and the short-term tactics should be “swift, targeted and have a clear hand-off”.

The exit of gas retailer Weston Energy, which lost its gas retailing licence due to financial difficulties, put further pressure on customers, many of whom were transferred to less-than-favourable contracts with other suppliers.

It was the second energy retail supplier to withdraw from the market in May after Queensland company LPE shed its electricity customers citing a failing market amid soaring wholesale prices.

In a blunt message to customers, LPE chief executive Damien Glanville told them LPE was grateful for their support “but we are now asking them to leave” as it was simply “not in their best interest” to continue to have electricity supplied by the company 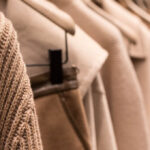 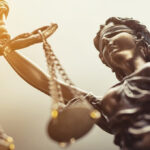