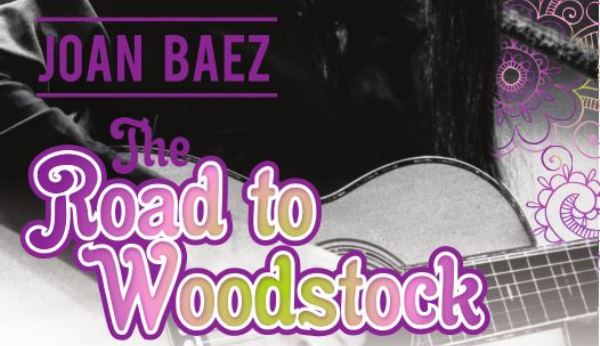 Legendary American folk singer, songwriter and activist Joan Baez is recognised as the voice of the peace movement and has been at the forefront of cultural and political life for more than 50 years.

Focusing on her rise from small-time folk singer to performing the music of Bob Dylan and Peter Seeger, and culminating in her brilliant performance at Woodstock in 1969, Joan Baez: The Road To Woodstock is a play about Baez’s commitment to the peace movement and the music that defined it.

Baez became the woman responsible for bringing the songs We Shall Overcome, Where Have All The Flowers Gone, Diamonds and Rust and The Band Played Waltzing Matilda to fame.

Australian singer Petra Elliott performs as Joan Baez, capturing the spirit of the music and the era. Performing alongside is Bekkii O’Connor as Janis Joplin and Musical Director Paul Watson as Bob Dylan and Pete Seeger.

If you’re in Melbourne, we have five double passes to give away for opening night 22 April at 8.30pm.

To be in the running to win one of these passes email us at [email protected] with your name, email address and phone number and the answer to the question below. Competition closes Monday 20 April at 5pm. Winners will be able to collect tickets from the box office on the night.

Q. At which iconic event did Joan Baez perform in 1969?

Joan Baez: The Road To Woodstock will be run from 22 April to 3 May at Chapel Off Chapel Theatre, Chapel Street, Melbourne. Click here to view dates. Tickets are $38.