The Morrison government has announced plans to revamp the Australian citizenship test. From 15 November, there will be new test questions on ‘Australian values’.

What does this new, ‘clear focus’ on values involve? And what is the best way to assess values?

How do you become a citizen?
According to the 2007 Australian Citizenship Act, you can become an Australian citizen “by conferral” if you,

Since 2007, the English language and “knowledge of Australia” requirements have been established via a “citizenship test”. According to the Department of Home Affairs, applicants between 18 and 59 need to sit the test.

The test is multiple choice, with 20 questions in English. An applicant must get 15 correct to pass.

How is the test changing?
Last week, acting minister for immigration and citizenship Alan Tudge announced an increased focus on “values”. 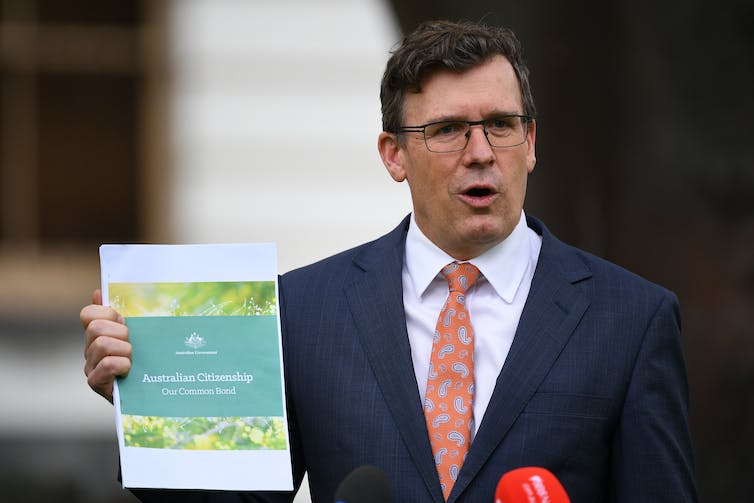 Mr Tudge says this will require potential citizens to understand Australian values like freedom of speech, mutual respect, equality of opportunity, the importance of democracy and the rule of law.

We are asking those who apply for citizenship to understand our values more deeply before they make the ultimate commitment to our nation.

The increased focus requires applicants to get all five test questions on values correct. Applicants also still need to score at least 75 per cent overall.

Why have a test?
Those in favour of a citizenship test argue the burden of having to pass the test gives citizenship greater gravitas. It promotes citizenship as a ‘privilege’ and not a right one acquires through long-term residence.

But the idea that citizenship should be difficult to achieve is a recent phenomenon in Australia. 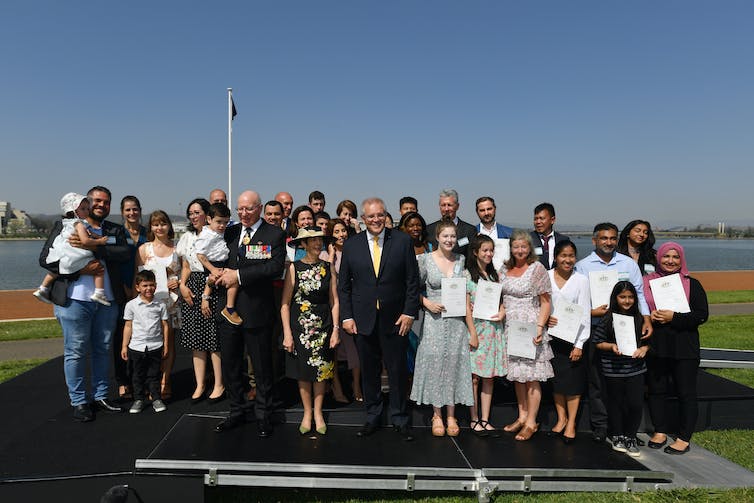 In the 1980s and `90s, the federal government ran campaigns to encourage permanent residents to become citizens, so they could fully participate in Australia’s civil and political life. In 1984, the Australian Citizenship Amendment Act reduced the English language requirement for citizenship from “adequate” to “basic”, while applicants over 50 years were exempted from the language requirement.

In 1994, a parliamentary inquiry also recommended the widespread promotion of citizenship.

However, in the 21st century, amid concerns over international terrorism, there has been an emphasis on citizenship as a privilege. In 2015, the Abbott government commissioned Liberal MPs Philip Ruddock and Concetta Fierravanti-Wells to lead a national consultation on citizenship. As their report states,

Overall there remains a strong view in the community that Australian citizenship is a concept worth valuing and certainly worth protecting. While we strongly encourage migrants to become citizens, it is not something that should be earned too easily or given away cheaply.

Can you test values?
Mr Tudge’s press release says the new test will have “more meaningful questions that require potential citizens to understand and commit to our values”.

The booklet provides six pages of information on our values, which includes statements such as, “Australians value ‘mateship’. We help each other in times of need”. And, “in Australia, the lawful actions of the police should be supported”. It also notes, “it is important to learn to speak English”.

This is an example of a practice question on values:

Which of these statements best demonstrates Australian values about freedom of expression?

a) everyone can peacefully express their opinions within the law

b) people with different views from me need to keep quiet

c) only approved topics can be discussed.

There are significant reasons to doubt the usefulness of these questions as part of the criteria for citizenship.

First, identifying the correct answer does not necessarily say anything about a person’s actual values. Most people can spot examples of freedom and equality, regardless of whether they are committed to them.

Second, if people get an answer wrong, it is likely to say more about their English comprehension than their values.

Having said this, there is a role for civics education for citizens and prospective citizens alike. Discussing and comparing values and identifying where they differ across nations and cultures is valuable for the formation of a coherent political community. It is the reduction of these complex questions to a multiple choice test that is the problem.

Permanent residents already have Australian values
When it comes to the values of citizenship applicants, the government should take comfort in the fact that they have already lived and contributed to the community for at least four years. 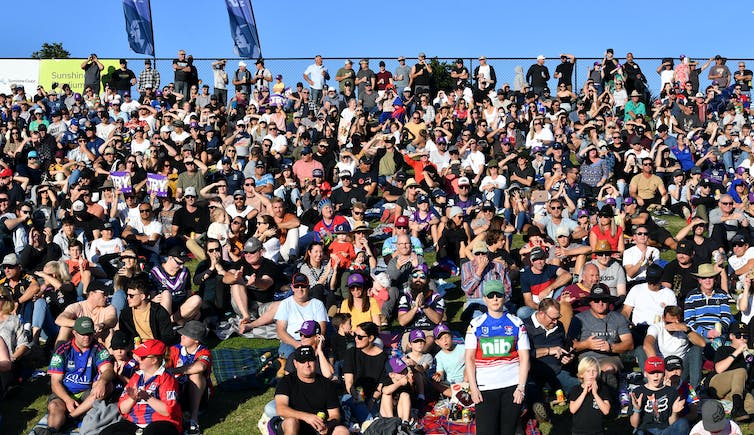 Australia has had a citizenship test since 2007. Darren England/AAP

In 2014, the government also tightened the ‘character test’ for permanent residents, making their deportation mandatory if they have been sentenced to imprisonment for a year or more.

Since last year, it has also had legislation before parliament to make it even easier to fail the character test over certain ‘designated offences’, including sexual assault and aggravated burglary.

So, there are safeguards in place.

Applicants for citizenship are already entitled to live in Australia permanently. They demonstrate their commitment to Australian values through participation in work and community activities, sending their children to school, and obeying the law.

These are more effective ways to demonstrate Australian values than through correctly answering multiple choice questions.

The changes to the citizenship test are a public relations exercise, consistent with the Coalition government’s use of citizenship as a mechanism of exclusion.

Perhaps it is not surprising these changes have been announced at time of great uncertainty, when external threats loom large, both across and beyond our borders.

What do you think of the additional questions about Australian values? What questions would you like added to the test?

Cholesterol explained – and how to go about reducing it

If you have high cholesterol, there are ways to deal with the problem without drugs.

Could Centrelink changes sink the economy?

Debate rages over the effect of reductions to key payments.