Doctors may soon be able to diagnose Alzheimer’s disease with just a single brain scan, according to the latest research.

The condition affects almost half a million Australians and that number is expected to double by 2058.

The earlier you can identify Alzheimer’s, the better your chances are of being able to manage the condition with treatment.

Read: The group twice as likely to develop Alzheimer’s

Diagnosing Alzheimer’s is difficult and there is no single test that can identify it. Instead, diagnosis involves a series of tests that include blood analysis, psychological tests, brain imaging, urine tests and sometimes even a lumbar puncture to collect cerebral spinal fluid.

These tests are used to eliminate other conditions with similar symptoms, and once they have been exhausted an Alzheimer’s diagnosis can be made with around 80 to 90 per cent accuracy.

Now, researchers from the Imperial College London have published a paper in the journal Communications Medicine demonstrating a new approach to diagnosing Alzheimer’s that involves just a single brain scan, analysed by a machine learning algorithm.

It’s hoped the new technique will transform Alzheimer’s diagnosis, allowing for much earlier diagnosis and an earlier start to treatment.

Read: Could probiotics be the key to Alzheimer’s prevention?

“Currently no other simple and widely available methods can predict Alzheimer’s disease with this level of accuracy, so our research is an important step forward,” says Professor Eric Aboagye, lead author of the study.

“Many patients who present with Alzheimer’s at memory clinics also have other neurological conditions, but even within this group our system could pick out those patients who had Alzheimer’s from those who did not.”

The researchers used data sourced from the Alzheimer’s Disease Neuroimaging Initiative, looking at magnetic resonance images (MRIs) from more than 400 patients with Alzheimer’s, patients with other neurological conditions and healthy control patients.

Read: Could this ‘drug’ really defend against Alzheimer’s as promised?

They found that in 98 per cent of cases, the MRI-based machine learning system alone could accurately predict whether the patient had Alzheimer’s disease. It was also able to distinguish between early and late-stage Alzheimer’s with high accuracy in 79 per cent of patients.

Prof. Aboagye says the new technique will drastically reduce the time it takes to get an Alzheimer’s diagnosis and hopefully open up new avenues for treatment.

“Waiting for a diagnosis can be a horrible experience for patients and their families,” he says. “If we could cut down the amount of time they have to wait, make diagnosis a simpler process, and reduce some of the uncertainty, that would help a great deal.

“Our new approach could also identify early-stage patients for clinical trials of new drug treatments or lifestyle changes, which is currently very hard to do.” 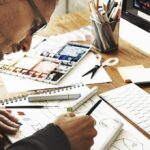 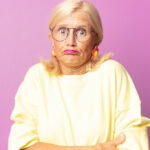