For some reason, almost everyone rates themselves as a ‘better than average’ driver.

But no matter how good a driver you may think you are, or how long you’ve been driving, there are some common mistakes that drivers make every day.

Sit in the correct driving position
When many of us started driving, we all wanted to adopt the reclined racing driver position, with arms and legs almost fully outstretched. Over the years, this position was shown to limit proper car control.

Safety in the car starts before you even move off. Your legs should be comfortable, and able to operate the brake, accelerator and clutch (if there is one) without having to stretch.

Once you’re properly located for your legs, adjust the backrest. You should be close enough to the wheel to be in control at all times (a good test is to casually outstretch your arm – but only when stationary! – and your wrist should sit on the top of the wheel with the arm not quite fully extended).

Many older drivers tend to sit far too close to the steering wheel, a dangerous practice for control, and should the airbag deploy. Raise the seat high enough that you can see out comfortably (and ensure the mirrors are properly adjusted).

Another comparatively recent practice is to raise the steering wheel higher than was once recommended, because this gives you greater control when turning. Adjust the headrest, if possible, so that its top is level with the top of your head.

Don’t pull up too close to the car ahead
Studies have shown that drivers in large cities tend to stop much closer in traffic to the car in front. When stopping in traffic or at traffic lights, leave enough room to be able to pull out and overtake the car ahead in case they break down, become immobile or the lane you’re in becomes blocked. The distance should be at least a metre-and-a-half.

Brake harder
Many of us learnt to drive in cars with inefficient brakes. Stamping on them would cause the wheels to lock (and a wheel that isn’t turning is much less efficient at stopping), so we learnt to apply the brakes gradually and gently, modulating the pressure to maintain control.

Advanced and performance driving instructors regularly report that drivers, even in panic stop situations, don’t brake as hard or as early as they can or should. Modern cars (since 2004) are fitted with anti-lock brakes and many newer cars also have stability control and electronic brake distribution to ensure braking is as efficient as it can be.

Automatic emergency braking is another safety feature that can save you rear-ending the car ahead or hitting another vehicle or object. Never switch it off.

Use the controls on the steering wheel
Use the steering wheel controls instead of the dashboard or console buttons. You can control things like the sound system, information screens and cruise control make it possible for you to make adjustments without having to avert your eyes for as long, or at all, so you’re still watching the road, and your hands are still on the wheel, reducing the chance of a crash due to distraction.

And putting the car in Park and then applying the handbrake or electronic brake is like a back-up system; if one fails, the other may avoid a catastrophe.

Don’t drive on tyres with low tread depth
The only things keeping you in contact with the road are your tyres and the contact area is only about the size of the palm of your hand.

The law requires a minimum tread depth of 1.5mm, but as the tyres wear (the tread depth on a new tyre is typically 8mm) and the tread depth is reduced, they are less able to disperse water and that increases the chances of aquaplaning (where a thin layer of water comes between the road surface and the tyres, making the vehicle unresponsive to the steering).

A simple way to check tread depth is to use a 20-cent coin. When placed in the tread, it should reach the platypus bill (the bill is 3mm from the edge of the coin).

And remember that the minimum tread depth applies to all the grooves across the width of the tyre, so if one or more of the outer treads are below the minimum, then the whole tyre is illegal.

If the tyre is worn down to the tread wear indicators on any part of the tyre, the tyre is worn out, unroadworthy and needs to be replaced. The minimum is 1.5mm, but experts recommend replacement when tread depth is below 3mm.

Read more: Cheapest cars to own

Using the ventilation recirculation button
Most of us know that the button that lets in outside air or recirculates the air inside the car is a great way of keeping bad smells, diesel fumes or dust outside when you’re driving. But if you hit recirculate in winter, it will slow down the process of de-fogging your windows.

On the other hand, on hot days, using the air conditioner with the recirculate button is the quickest way to cool your car down (because it’s not sucking in hot air from outside). And if the car is hot inside, lower the windows for a few minutes to let the hot air escape.

Keep the music to a suitable level
Modern sound systems can be loud and very distracting. Remember the old adage, “if it’s too loud, you’re too old”?

Car sound systems are very capable (some of them will produce better sound, and more of it, than your home sound system). Not only does loud music reduce your ability to hear what’s going on outside your car, it also reduces your ability to focus and concentrate. Music played at 96 decibels, according to a study conducted in Canada, increased reaction times by 20 percent (the age of the participant made no difference).

Hearing the sound of your engine is one of the triggers that helps you judge your speed, and if the music is too loud, you can’t hear your engine, or other vehicles or approaching emergency vehicles.

Stay out of other people’s blind spots
You’ve probably seen those signs on the backs of trucks stating “If you can’t see my mirrors, I can’t see you”.

Cars and other vehicles also have blind spots where another car, motor cycle or even a van will not be not visible to the driver. And because we in Australia drive under such strictly enforced speed limits, you can often find yourself beside another vehicle for extended periods on multi-lane roads.

Try to drop back to a point where the other driver will be able to see you in the mirrors, or accelerate past, if you can. If other traffic makes either of these manoeuvres impractical, be ready to toot the horn if the other vehicle shows signs of trying to move into your lane.

Take greater care on country roads
Country roads are dangerous, especially to drivers who don’t travel on them regularly. Speeds are higher and driving times longer. And you probably won’t know the road very well either, so blind crests, intersections, corners, cambers and other variables will be new to you, and you’ll need to evaluate them on the information available to you.

On country roads, you need to be looking further ahead. This gives you more time to react. And remember the old advice to “look where you want to go”. When travelling through bends, maintain a comfortable and steady speed and be alert for the unexpected.

Check for passing pedestrians and cyclists when opening the door
When you’re parked and about to exit the vehicle, it’s easy to miss an approaching cyclist (not for nothing are they known as ‘silent killers’), and even a passing pedestrian may be struck by your opening door.

This simple technique forces you to turn your head and look directly to the side and towards the rear of the car. It is so effective it is taught in Dutch schools (where the idea originated in the 1960s) and is now part of the Netherlands driving test.

We humans are a strange and contrary species. Our ability to accurately measure, assess and react to danger is very poor. We take driving for granted and because we have been doing it, often without incident, for many years, we think it is safe.

It isn’t. Behind the wheel, we need to be constantly on the alert and never complacent

Which of these driving mistakes do you make? Do you consider yourself a ‘better than average’ driver? Have you become more comfortable or cautious behind the wheel as you’ve grown older? 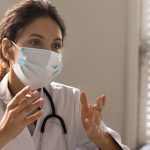 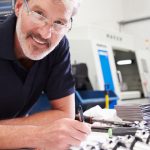