The hectic Christmas and New Year period is finally behind us, and hopefully you’re kicking back and relaxing in the sun before 2022 really gets underway.

While catching some rays is great for some, others prefer to escape the January heat and binge-watch the latest movies and television series.

Last year was another bumper year for film and TV, with audiences once again confined to their living rooms across the globe.

But how much can you remember about movies and television in 2021? Take our quiz and find out.

1. Which film won three Academy Awards in 2021, including Best Picture and Best Director?

3. Making its debut in 2021, The Many Saints of Newark is a prequel series for which other crime drama?

4. Which non-English language TV show was Netflix’s highest rating for 2021

5. Actor James Michael Tyler passed away in October after a battle with cancer. He was best known for playing which character on the sitcom Friends?

6. Which controversial British TV personality was deported from Australia after flouting quarantine laws?

7. Channel 7 reporter Matt Doran made headlines in November for bungling a $1 million interview with which singer?

8. Which former star of Home and Away died suddenly in July?

9. Director Denis Villeneuve’s reimagining of the sci-fi classic Dune hit cinemas in November. The movie is based on the novel of the same name by which author?

11. Which beloved sci-fi movie series starring Keanu Reeves got a new instalment in 2021?

12. Which legendary American broadcaster passed away in January?

14. Which sporting event was the highest rating program on Australian network television in 2021?

16. Anya Taylor-Joy was hailed for her 2021 performance in the lead of which Netflix original series about a chess prodigy?

17. Which British comedian and panel show regular died in August after a battle with cancer?

18. Which Netflix series became the first to win an Emmy Award in 2021?

19. Long-running animated comedy The Simpsons celebrated which milestone episode in 2021?

20. Which Gold Logie winner and Australian radio and television broadcasting legend passed away in August?

How did you do? Did months of sitting on the couch prepare you for this quiz? Let us know in the comments section below. 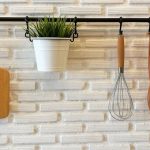 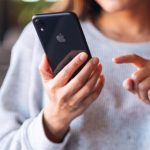