Baby names, just like everything, seem to follow trends. Certain names dip in and out of fashion – topping the name list one year only to fall into oblivion the next. Now, an evolutionary biologist is looking into why.

So, what’s in a name – or, at least, what’s in a baby name trend? Research led by University of Michigan evolutionary biologist Dr Mitchell Newberry has found that baby names go through  ‘boom and bust’ periods, with those that become popular perceived as too common by many new parents. Therefore, the more popular a name becomes, the less likely future parents are to choose it.

For example, the name Emma gained popularity in the late 1800s, declined sharply during the first half of the 1900s, and then became one of the most popular names in the early 2000s. Linda peaked in the late 1940s and Daniel in the mid 1980s. But each increase in popularity was followed by an equally sharp decline.

“Boom-bust cycles by themselves can disfavour common types and promote diversity,” said Dr Newberry. “If people are always thirsting after the newest thing, then it’s going to create a lot of new things. Every time a new thing is created, it’s promoted, and so more rare things rise to a higher frequency, and you have more diversity in the population.”

Now, this theory applies to many choices that humans make over their lifetime, even down to what breed of dog to choose: today, dalmatians are one-10th as popular as they were in the 1990s. But the fact that such meticulous records are kept for baby names makes it a perfect trend to observe and study.

During the research, Dr Newberry studied frequency-dependent selection. In layman’s terms, that’s a kind of natural selection in which the tendency to copy a certain variant depends on its popularity.

“Think of how we use millions of different names to refer to people but we almost always use the same word to refer to baseball,” Dr Newberry explained.

“For words, there’s pressure to conform, but my work shows that the diversity of names results from pressures against conformity.”

The researchers used the Social Security Administration baby name database, which includes data on all the baby names registered in the US since 1935 and tracked the rise and fall of certain names.

By applying frequency-dependent selection to the baby name records, researchers found that:

Read: Most popular baby names in Australia since 1950

Have you noticed a change in the types of dog breeds you see around today versus when you were a kid? Using the same techniques they created to study baby names, Dr Newberry and his colleagues examined how dog breed preferences have also changed over the years.

“Biologists basically think that these frequency-dependent pressures are key to determining so many things,” Dr Newberry said. “The long list includes genetic diversity, immune leakage, the dynamics of host pathogens, the fact that there is basically a one-to-one ratio of men and women, and even what different populations think is sexy.”

Conformity is needed within species, of course. However, Dr Newberry says we also need nonconformism. If we all had the same immune system, we would all be susceptible to the same diseases. Or if the same species of animals visited the same piece of land for food, they would quickly eat themselves extinct. 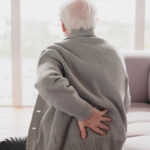 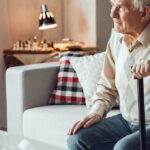