You’re probably aware of the power of our sense of smell – especially so if a COVID infection robbed you of that ability for a time. The mere whiff of something can trigger the memory of a long-forgotten event or person. And our noses aren’t bad at detecting whether something is safe to eat or not.

Deep down, though, on a much baser level, our sense of smell can play a big role in our social lives. And scientists are now using non-human noses to learn more about how human smell affects social interaction.

The wise men and women of the Weizmann Institute of Science in Israel have published a new study, which has made use of an electronic nose that relies on body odour chemistry to predict whether you are likely to ‘click’ with a stranger.

Read: Everything you need to know about romance fraud

Now that might smell a little fishy to you, but the science is real. And two of the people behind the science, Inbal Ravreby and Noam Sodel, have used their electronic nose, or eNose to demonstrate a clear link between body odour and friendship.

In short, they found that those who had a similar body chemistry, as measured by the eNose, were more likely to bond as friends.

We’ve all seen how important smell is to animals. Dogs meeting in a park for the first time will give each other a sniff before doing anything else. And what they do next is more often than not determined by whether they like what they smell.

Such behaviour has been observed in mammals the world over, but very little on the (supposedly) most intelligent mammals of all – us. Intelligent we may be, but we are still mammals. Might we be using our noses in the same way without even knowing it?

Read: Why ignoring problems in relationships can make them worse

Ms Ravreby’s hypothesis was that because a friendship had formed before there had been a chance to form any in-depth knowledge of each other, physiological traits such as body odour were playing a role.

Collecting body odour samples from these click friends, Ms Ravreby conducted two sets of experiments to compare the samples with those collected from random pairs of individuals. In one set of experiments, she performed the comparison using the eNose, which assessed the chemical signatures of the odours.

In the other set, she asked volunteers to smell the two groups of body odour samples in order to assess similarities measured by human perception. In both types of experiments, click friends were found to smell significantly more like each other than did the individuals in the random pairs.

Read: What to consider when choosing a new perfume

So far, so good. But Ms Ravreby wanted to make sure there had not been other factors at play. For instance, might these friends have had similar body odours because both ate similar foods, resulting in ‘matching’ odours?

To eliminate this as a contributing factor, she performed another set of experiments, this time on complete strangers. She used the eNose to sample the body odour chemistry of pairs of people who hadn’t previously met, and then asked them how likely they were to develop a friendship once they had met and spent some time with each other.

Those results also supported the hypothesis. Subsequent analysis revealed that the individuals who had more positive interactions indeed smelled more like each other, as determined by the eNose.

So the next time you ask someone how they’re getting along with a person they’ve just met, and the answer comes back as, “There’s no chemistry between us,” there’s a fair chance they’re giving you a highly scientific answer –without even realising it.

When it comes to friendship, it seems the nose knows – even before we do. 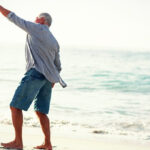 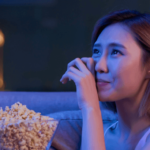