Standing at the foot of the Buddha at the Tran Quoc Pagoda in Hanoi, one can’t help but feel a sense of reverence. When you look around and see the rich and poor, all colours and creeds, you realise there is something quite special about this place.

As a nation, the Vietnamese may be considered Buddhist, but the truth is, they are not. Most Vietnamese are free thinkers. Religion doesn’t matter as much as respect.

The people visit Tran Quac, which means ‘guardian of the nation’, to pay their respects to their ancestors and to honour the master, their families and fallen friends. 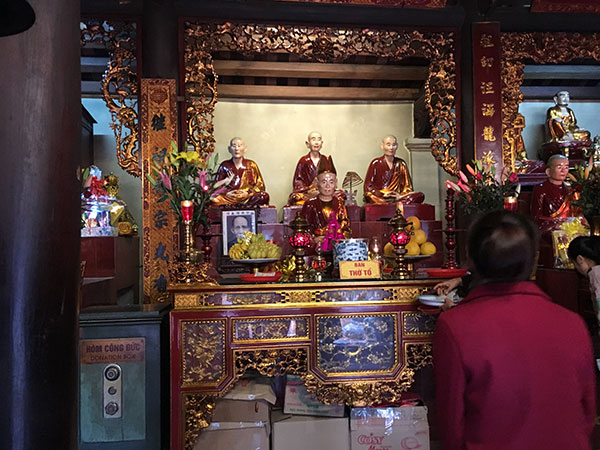 What matters most to people is other people – not doctrines or dogma.

The national conscience is governed by a balance of Confucianism, Buddhism and Communism, and it seems to work.

As our guide tells us: “Religion needs to be localised to bring it to the people.”

So, it is with reverence that I pay my respects to what I consider a healthy outlook on life. That is: respect for one another and our ancestors.

I am honoured to light incense and ask for blessings for my family, luck for my daughter and for me to be a good man. 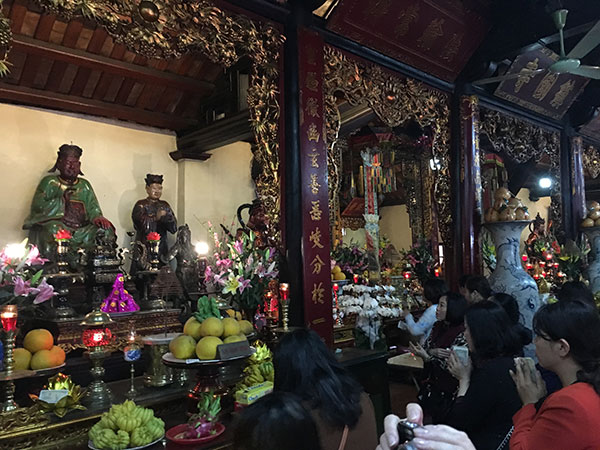 After all, that what matters in life – not possessions and things. They pass in time. No one will light incense for ‘stuff’. But in years after we’re all gone, we can only hope that someone is lighting incense for the people we were during our lifetime.

From Tran Quac Pagoda, I visit the Temple of Literature, where a school was built in 1070 and, after many changes due to the ravages of war and moving the capital city, it stands in the form it’s in today. Still special. Still a symbol for the Vietnamese people.

Here, only the best and brightest studied, with many failing, but with those who passed continuing on to become teachers or assistants to the King.

The records of all students are carved into tablets that surround the Garden of Heavenly Brilliance – one of five gardens inside the temple grounds.

Students still come to touch the head of a turtle, which is meant to give them luck in passing their own exams. To enter the temple, one must pass a gate on the right which, as legend has it, will make them good people. When they exit, they pass through a gate on the left, which is meant to give them the talent they need to succeed in life and become good individuals, both for themselves and for the people.

It’s an auspicious place – one that is visited and revered by thousands each day. 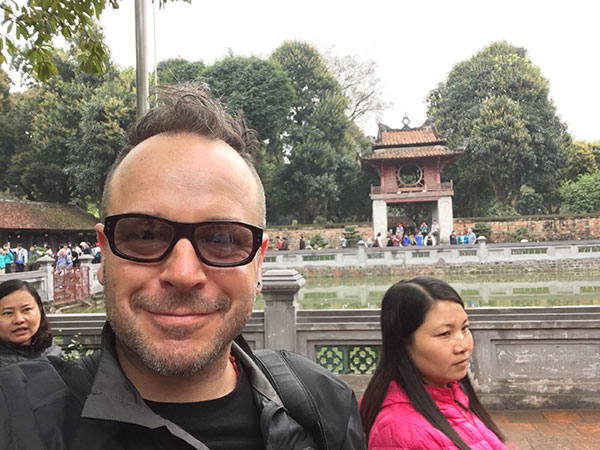 Another place prized by the people is Ho Chi Minh temple. The mausoleum houses the mummified body of the greatest man in Vietnamese history who, at the time of his death was known as Ho Chi Minh, but actually went by some 70-odd nicknames throughout his life.

I witness the changing of the guard and we move to visit another pagoda, this one called the One Pillar Pagoda.

There is a thousand-handed woman here – a female Buddha – which is specific only to Vietnamese and Chinese Buddhists, who, when prayed to, can offer one of her hands to help those in need.

At the back of the pagoda is a Buddhist tree which, when circled seven times clockwise then seven counter-clockwise and, if a leaf falls from the tree is caught by the circumnavigator, supposedly grants wishes.

I circle once and a leaf falls on my head, with another immediately falling at my feet. I may not have done the seven laps each way, but I’m taking it as a good sign.

Related articles:
Three weeks and $2000 to see Vietnam
Watch for these 2018 travel trends
Memories of Vietnam