It appears far too many people are trying to be Hugh Jackman these days.

It’s not his cut physique or charming demeanour that is under threat of imitation, but rather his financial advice.

Jackman has issued a statement on Instagram about a scam in which he apparently asks for your personal details, including banking information.

But it’s not the first time Jackman’s image has been used as front for dodgy dealings. A quick online search finds that as far back as 2019 scammers were using his name for ‘investment advice’. Apparently, the big banks were ‘terrified’ about his ‘loophole’.

Read: How to talk to older people about scams

It’s funny to think of song and dance man Jackman handing out financial advice, but unfortunately older Australians are the most likely group to fall prey to such scams.

According to Scamwatch, those aged over 65 were second only to the 25–35 age group in losing money to scammers between January and March, parting with about $20 million. And the over-65s lost the most for 2021 – just over $80 million. The next closest group was those aged 55–64 who lost just under $60 million.

Scammers have kept pace with our increasing reliance on technology, with text messages, email and mobile apps being the most successful methods of delivery, according to the Scamwatch.

Westpac head of fraud Ben Young says our familiarity with technology is also often our downfall.

Read: Are older people more likely to fall for scams?

“We use technology all the time now, and many people think they are too savvy to be impacted by a scam,” he told older Australians advocacy group COTA.

“Scammers utilise many created schemes of deception, so it’s vital to maintain a healthy level of suspicion about anyone who is asking you for money or your personal details.”

But it’s not just Hugh Jackman who is popular with the scammers, they have more recently targeted disaster events and the COVID crisis. According to Scamwatch, the number of scams reported has jumped 170 per cent during the pandemic.

“This is a fast-growing type of phone scam where the scammers try to convince you to give them remote access to your computer,” he said.

Read: Why Aussies fall for scams so easily

“They might pretend to be from a utility company or tech support and get you to download software, the real purpose of which is to steal your details and money.”

Westpac said that over the past two months alone its scam detection technologies have stopped about 69,000 customers losing more than $6 million through scam blocks.

If you believe you have fallen to a scam, contact your bank or financial institution immediately. They may be able to cancel the transaction or help you close the account if the scammer can now access it. You should also report the scam to Scamwatch.

Tips to outsmart the scammers

And most importantly, always remember, if it sounds too good to be true, it probably is. 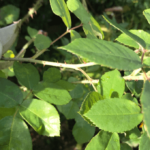 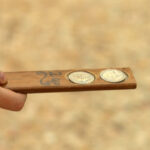