We all have our seat preferences on flights. Some of us want the window seat so we can admire the view, others want the aisle seat so we can have more leg room, and some of us just want to avoid the middle seat at all costs.

Middle seats are often considered the least desirable and can leave passengers feeling trapped and uncomfortable.

Luckily, it doesn’t all have to be left up to chance. There are a number of easy methods you can employ to increase your chances of getting a window or aisle seat.

The best way to avoid the middle seat is to preselect a seat during the booking process. You can usually preselect a seat for free on international flights, but you might have to pay a fee of around $10 to $60 for a seat on a domestic flight.

Exit rows and seats towards the front of the cabin usually have more legroom and cost more, but you can usually find a cheaper seat towards the back of the plane.

Read: What your plane seat choice says about your personality

Try to book your flight early

This will give you a better chance of getting a window or aisle seat as they probably won’t have been snagged yet. If you’re booking last minute, you may have to be more flexible with your seat choice. Another tip is to check sites such as Seat Guru to figure out which seats to choose and which to avoid on certain aircraft types. As you’ll see, some ‘window’ seats don’t actually have a window…

If you’ve had to book a last-minute flight, increase your chances of getting a better seat by checking in as early as possible. If you check-in right when the window opens – which is typically 24 hours before your departure time – you’ll likely be one of the first and have a better chance of being assigned a seat in your desired location.

Checking in early with Qantas for example is key. Once you’ve downloaded their app and checked in, they assign you a seat on the plane, but if you click the seat number, you can look at all the other free seats on the flight and change the selection for free.

Get to the airport early

Budget airlines rarely let you choose your seat for free online but asking the check-in attendant might yield positive results. If you’re there early enough and there are free seats on the plane, most airline workers won’t mind switching you to a more comfortable seat if you ask politely.

Read: Will this concept solve the problem of sleepless economy flights?

The majority of aircraft flying domestically between large cities are the Boeing 737 and Airbus A320, both of which have six seats per row with a single aisle in the middle. That means that you have a one in three chance of being assigned a middle seat.

However, smaller regional jets tend to have only four seats per row, with one aisle. This 2-2 configuration means that you are guaranteed a window or aisle seat.

On longer domestic or international flights, look out for the Airbus A330. This jet tends to be set up in a 2-4-2 configuration with two aisles, meaning there are generally no middle seats on each side of the plane.

When booking your ticket, you should be able to see which aircraft will be operating the flight by finding the ‘flight details’ information.

Sit towards the back of the plane

The back half of the plane tends to fill up less than the front half because passengers prefer to be able to deboard earlier. That means that the chances of there being empty seats are higher towards the back of the plane.

If you’re not in a rush to deboard for a connecting flight or to exit the airport, then you may prefer to sit in the back half of the plane.

Whilst you may be assigned a middle seat at check-in, there are often changes to the aircraft type and/or passenger list in the lead-up to boarding.

While you are boarding, you could ask the flight attendant if you can move to a window or aisle seat if there is one available. Just be aware that they have a lot of tasks to complete pre-flight, so they may not be able to fulfil your request.

Read: How to survive the worst plane seat

Finally, if you do end up in the middle seat, there are a few things you can do to make the best of it. Bring a book or something to keep you entertained and try to relax. You may not have the best view, but you can still enjoy the flight. 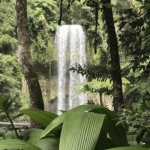 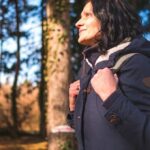