Have you ever watched the new 007 films and wished for the saucier Sir James of the 60s? Well, you may be happy to know that the new Bond novel is set in that golden era, just weeks after fan favourite Goldfinger.

Bestselling author Anthony Horowitz was officially commissioned by the Ian Fleming Estate to write the new Bond novel, Trigger Mortis, which is a sequel of sorts to Ian Fleming’s seventh novel, Goldfinger, and will be published on 8 September.

This latest 007 instalment is a motor-racing-themed action adventure based on original material from Fleming’s unpublished Murder on Wheels, and will again feature iconic Bond-girl Pussy Galore.

According to the press release we received from Hachette Australia: “Trigger Mortis is a brilliantly authentic novel that retains the essence of Fleming’s original series while giving James Bond a 21st century edge” and will be “packed with the tension of the 1950s Soviet/American space, non-stop action, deadly villains, and two fantastic Bond women”.

What do you think of the cover for the new Bond novel? 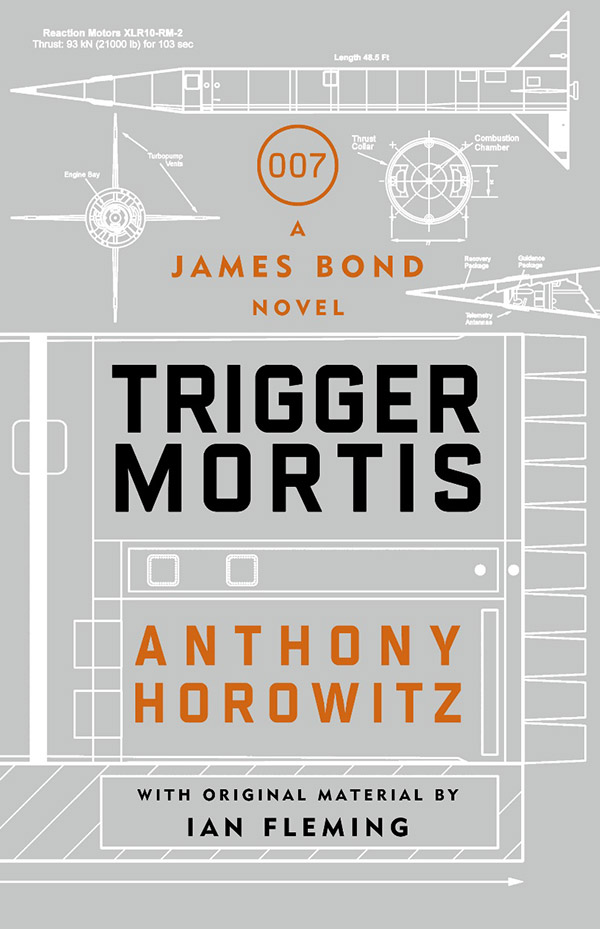