Australia has not escaped the scourge of the current spike in inflation, and pensioners are among those who are especially feeling the pinch. One of the problems for this group, says a leading advocate for older Australians, is that pension indexation is always playing catch-up.

Currently, Age Pension payments are reviewed every six months – ahead of adjustments in March and September – in line with data from the Australia Bureau of Statistics (ABS), the Consumer Price Index (CPI) and several other sources.

Mr Henschke believes the adjustment cycle should be quarterly at times of high inflation. The CPI is currently running at 6.1 per cent, a figure not seen since 2001. That means in real terms, the pension increase delivered in March has already been outstripped, yet the next adjustment is almost two months away.

“The next increase is not until September and by then inflation will have leapt ahead of the pension and [age pensioners] will be left even further behind,” Mr Henschke says. “It’s like the hare and the tortoise, no sooner do we try to get ahead of the cost of living and any increase has already been gobbled up by soaring inflation.”

The solution, at least in part, is to move to quarterly updates, Mr Henschke says. “Clearly, adjusting the pension twice a year when we have runaway inflation is not fair,” he says.

Read: How to prepare for rising inflation and interest rates

With inflation at levels not seen for two decades, the current spike is a new experience for many pensioners and retirees. Those aged in their 60s now would have been in their 40s in 2001 and likely on a full-time wage, which may have helped them through the higher CPI bumps at the time.

Writing for YourLifeChoices in March, Paul Versteege, policy manager for the Combined Pensioners and Superannuants Association (CPSA), flagged the danger of the pension amount dropping below the poverty line.

It’s not just retirees on the pension who are feeling the pinch. The Australian’s wealth editor, James Kirby, says middle income retirees might be worst off of all, becoming the “meat in the sandwich”.

Mr Kirby wrote: “Middle income retirees are set to become the meat in the sandwich between the very wealthy and those on inflation-protected government pensions.”

He says traditional inflation ‘buffers’ have not been effective during the current spike, with residential property prices falling and gold not trending higher, as it traditionally does in time of high inflation.

What do you think about adjusting Age Pension payments quarterly instead of twice yearly? Share your thoughts in the comments section below. 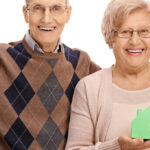 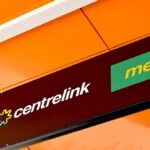