The economic pain is set to continue as Australia records its highest quarterly increase to the consumer price index (CPI) since the introduction of the goods and services tax (GST) in 2000.

It comes as no surprise to anyone who’s been shopping lately that inflation is rising rapidly. The price of just about everything has exploded, and household budgets are stretched.

The Australian Bureau of Statistics (ABS) announced today that the CPI rose 1.8 per cent in the June quarter, and 6.1 per cent over the past 12 months.

As a quick refresher, the CPI tracks the price of a hypothetical ‘basket of goods’ that includes common items consumed by most households.

Read: How is inflation calculated?

“The quarterly increase of 1.8 per cent was the second highest since the introduction of the GST, following on from a 2.1 per cent increase last quarter,” says Michelle Marquardt, head of prices statistics at the ABS.

Prices of goods (+2.6 per cent) are rising much faster than the price of services (+0.6 per cent). In particular, food prices were up (+2.0 per cent) significantly for the quarter.

Drilling down into food further, fresh vegetables (+7.3 per cent), fruit (+3.7 per cent) plus meals out and takeaway foods (+1.4 per cent) all combined to push up overall food prices.

Older Australians living on fixed incomes such as the Age Pension are disproportionately affected when food prices rise. As a result, there have been calls for the next pension increase – in September – to be brought fast-tracked.

Read: Grow your own veg to beat the cost of living

ABS research shows that when food prices rise, the cost increases are felt more keenly in pensioner households. For instance, when CPI figures were last released in March, ABS data showed average supermarket costs for employed Australians went up 3.8 per cent, but for pensioners, costs effectively rose 4.9 per cent.

The Age Pension rate is linked to economic measures such as the CPI, which would suggest if inflation has jumped significantly, then so should the pension rate.

Analysis from The Daily Telegraph, based on a presumed inflation rate of between 2.8 and 4.8 per cent, showed the Age Pension was likely to grow by between $25.50 and $43.20 per fortnight for singles.

Read: Get ready now to apply for the Age Pension

But at 6.1 per cent, the actual CPI figure is higher than used in that analysis. It suggests an even bigger Age Pension increase could be on the way.

And the increase can’t come soon enough, says Ian Yates, chief executive of the Council on the Ageing.

“We are certainly looking forward to the increase, particularly as so many of the things most impacted by inflation are basic goods,” he says.

“Given indexation is six-monthly, it can mean pensioners get squeezed pretty badly [by inflation].”

How has inflation affected  your household’s budget? What would a significant increase to the Age Pension look like to you? Let us know in the comments section below. 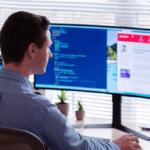