How would you feel about having your super kept out of reach for a while longer to help Australia overcome a shortage of workers? That’s the radical solution being touted by the Grattan Institute’s Brendan Coates.

Mr Coates, the institute’s economic policy program director, says having older Australians remain in the workforce is a good thing. The best way to achieve that, he says, is for the government to raise the super preservation age faster than is currently planned.

The preservation age – the age at which you can access your super – is currently in a transition phase, and will reach 60 by 2024. But Mr Coates argues that is too young.

“A preservation age of 60 is hard to justify given the age for eligibility for the Age Pension is rising to 67,” he says.

There may well be merit in Mr Coates’ words, but for anyone who has been structuring their retirement plans based on current settings, such a move is unlikely to make them very happy.

National Seniors chief advocate Ian Henschke is not buying into Mr Coates’ idea. He says denying Australians access to their superannuation for even longer and delaying retirement for millions would be akin to political suicide.

“We should remember that our governments sit on sort of a knife edge,” he says. “They’ve only got one or two seats in it, they’ve got to make sure that they do something that’s politically palatable as well as governing the country.”

Mr Henschke advocates more of a carrot over stick approach, and points to our neighbours ‘across the ditch’ as having a better model that he says is simpler and has more New Zealand pensioners working.

In New Zealand, the Age Pension is not means tested. Regardless of their income or assets, New Zealanders can continue to work and collect the pension. Their pension, however, is taxed as ordinary income.

Mr Henschke wants Australia to adopt the New Zealand model in part, allowing those who qualify for the pension to work as much as they like, but taxing their pension and income together.

Federal Opposition Leader Peter Dutton has suggested a third alternative. He believes the answer is to raise the amount of work pensioners can do before their payments are affected.

Presently, single Australian pensioners can earn up to $480 per fortnight without any impact on their pension payment. Of that $480, $300 is what’s known as a ‘work bonus’ – income that can only be earned through work, not rent, dividends or other income.

It is this work bonus portion that Mr Dutton has his eyes on, calling for it to be doubled to $600, taking the total that pensioners could earn without impact on their pension payments to $780.

Would such a measure be enough to entice older Australians back to work? KPMG’s Sarah Hunter has her doubts. She says available data indicates that most Australians over 65 don’t have a great interest in working if they don’t need to.

“It does seem as though most people in that age group have decided to stop working, they’re of retirement age,” she said.

The other aspect to consider is whether older Australians have the skills to fill the current vacancies. Many of the ‘staff wanted’ signs are in the hospitality industry. Would older Australians be prepared to take on roles such as a barista?

Perhaps regular visits to your local café over the next couple of years – assuming you haven’t returned to the workforce – might answer that question. 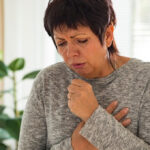 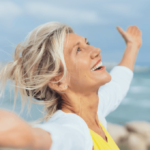