As 2021 ticked over into 2022, the outlook for superannuation was positive. But a lot can happen in six months.

Superannuation balances defied the pandemic last year and continued to rise unabated. But a series of interacting events has put the brakes on those increases and experts are predicting assorted levels of decline.

Those events included the reawakening of inflation, interest rate hikes and carnage on global stock markets. For a time this year, things didn’t look too bad. Global monetary authorities appeared to have engineered a major downturn on financial markets without causing panic and despair.

But it seems they were putting off the inevitable. Financial markets are flailing across all sectors, sending shivers down the spines of all investors – amateur and professional alike. According to ABC business editor Ian Verrender, the world is on the verge of a new era or perhaps, as he explains, re-entering an old one “of sluggish growth, escalating costs and more expensive capital”.

With interest rates worldwide having been in decline for more than three decades, this will be a new experience for many investors.

Superannuation has mostly thrived since the global financial crisis of 2008, mainly because big fund managers reviewed their investment strategies as a result. Identifying that too much had been invested in Australian shares, and portfolios therefore were too closely tied to the local stock market, they moved to diversify into offshore shares, property, infrastructure, bonds and other alternative assets.

Read: Pay off the mortgage or top up your superannuation?

This was a bid to reduce the volatility of your fund’s performance, the idea being that, if one asset class was flagging, any loss there would be offset by others that were performing well.

It’s a strategy that has worked well, but now, for the first time in decades, to use Mr Verrender’s words, “everything of late has been falling”.

Mr Verrender believes this downward trend will continue throughout the year.

Research house Chant West expects the typical super fund will fall by 5 per cent and post the worst financial year since the global financial crisis, and the fifth negative result since compulsory super was introduced in 1992.

Chant West senior investment research manager Mano Mohankumar said bonds had not played the diversification role they had in other periods of share market weakness.

Read: Super set to end the financial year in the red

So what should superannuation account holders do? Mr Mohankumar suggests very little. He says fund members should resist any urge to hit the panic button and focus on the long term.

This may seem counterintuitive, but history shows it is the best way to avoid crystallising short-term losses and it must be remembered that last financial year’s return was a massive 18 per cent.

So times may seem tough, and indeed they may well be tough, but history – and the experts – tell us that staying the journey will reap long-term rewards. 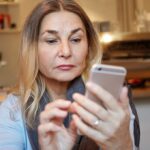 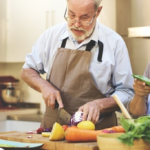