The retirement system in Australia is one of the best in the world and, at the same time, not very simple. That’s the conclusion of Dr Ummul Ruthbah, senior research fellow at the Monash Centre for Financial Studies, in her 2020 paper, The Retirement Puzzle.

It’s a recurring summation, and was repeated in many of the thousands of presentations to the federal government’s Retirement Income Review. But saving for retirement and taking comfort from existing industry guidelines is another matter altogether. That is one part of the retirement puzzle where Dr Ruthbah begs to differ.

In an analysis that involved 10,000 simulations based on a single male retiree who owns a home and tracked across a 30-year retirement, her conclusions make for uncomfortable reading.

She acknowledges that our retirement system is one of the world’s best – even though it slipped from third to fourth in the most recent Global Pension Index, behind The Netherlands, Denmark and Israel. However, she warns that many present-day retirees may not be as well off as they’re expecting to be when basing their retirement plan on the size of the nest egg widely touted as delivering a ‘comfortable’ retirement.

Dr Ruthbah writes: “Given the current state of the world – higher life expectancy, close to zero real interest rate and the economic turmoil caused by the COVID-19 pandemic, a superannuation fund as large as $545,000 may not be enough to support a comfortable lifestyle.”

She says that “people with super balances of between $545,000 and $580,000 – the current industry and government benchmarks for comfortable, largely self-funded retirement – may in fact find themselves well short, and relying heavily on the Age Pension in later years.”

Here is an overview of Dr Ruthbah’s findings as published in The Retirement Puzzle.

“The Australian Securities and Investments Commission’s (ASIC) Moneysmart calculator adopts a similar comfortable retirement income benchmark, suggesting a retiree, retired at the age of 65 with a $580,000 superannuation balance, could spend $43751 until age 91, after which he would have to depend entirely on the Age Pension ($24,554 p.a.*).

“However, our simulation model predicts that a $580,000 portfolio with a 60/40 allocation [60 per cent equities and 40 per cent defensive interest-bearing securities] can have a 49 per cent chance of running out of money after 30 years of retirement and a 31 per cent chance of having to fully rely on the Age Pension after 25 years.

“The point is, even a $580,000 super balance may not be enough to guarantee a comfortable retired life all through.

“[The panel above] shows the probabilities of running out of money for a 60/40 portfolio at any given year of the retiree’s life for different superannuation balances. We find that retirees who are not eligible for an Age Pension (with a superannuation balance of $600,000) at the beginning of their retirement life as their asset is above the maximum threshold of $583,500) also have a 12 per cent chance of falling back solely on the Age Pension 20 years into retirement.

“The picture is grimmer for the majority of the Australian retirees whose superannuation balance is just below the pension tapering threshold ($268,000 at time of publication, December 2020). A portfolio of $260,000 is predicted to be out of money at the end of 15 years with a probability of 61 per cent.”

Dr Ruthbah says her observations have serious implications for individual retirees, and how they should plan their spending trajectories, as well as for the Australian government’s finances.

“An increase in the number of retirees becoming eligible for the Age Pension ahead of predictions would generate unanticipated stress on government financial resources,” she writes.

The panels above show the assumed spending trajectories of retirees with super balances of $260,000 and $580,000 respectively, and their relative reliance on their own superannuation savings and the Age Pension over time.

So how much is enough?

Dr Ruthbah writes: “It is clear from our analysis that Australian retirees who start out with an average-sized superannuation balance are at significant risk of being unable to enjoy a financially comfortable retirement. This raises the question: how much in savings would someone retiring now need to live a comfortable life, particularly given increased longevity, uncertain future investment returns and the initial loss of assets resulting from the financial market fallout caused by COVID-19?

“… we find that $545,000 might not be enough to live comfortably for 34 years in retirement. These findings will be subject to further refinement, or perhaps substantial revision, after markets settle into new patterns following the economic mayhem caused by the COVID-19 pandemic. For now, however, they demonstrate clearly that projections by the super industry and the Australian government about what constitutes an adequate retirement nest egg may have been significantly underestimated.

“(The above panel) shows the probabilities that portfolios of size $650,000 and $800,000 will last at different time horizons under different risk-return assumptions assuming that the first year of retirement will be the worst year in terms of portfolio returns.

“It shows that even a portfolio of size $650,000 has a very high probability (45 per cent) of running out of money at the 30th year of retirement if the market follows historical risk-return patterns in the coming years.

“At these risk-return trajectories, a retiree would require a superannuation balance of at least $800,000 to last up to 30 years with a probability of 70 per cent. However, the requirements are less stringent under more favourable market expectations.

“Nevertheless, the historical performance of the equity and bond markets in the developed countries suggests that the prospect of a favourable market condition may not be huge. Even if the volatility of the market tones down in the next 40 years as suggested by the more recent data, the returns are also likely to be revised downwards. The very optimistic picture of the future market (3.5 per cent return with 6.5 per cent volatility) also portrays that a portfolio of $650,000 has a 7 per cent risk of running out at the 30th year.”

In conclusion, she writes that our retirement system is one of the best in the world and at the same time, not very simple, citing “all the rules of Age Pension, income and asset tests, minimum drawdown of super and income deeming”.

Have you been concerned that the industry-accepted nest egg will not give you the retirement you are envisaging? Are you hopeful of working longer to achieve your goal? Or are you expecting to rely on the Age Pension sooner rather than later?

Dr Ummul Ruthbah holds a PhD in economics from the Massachusetts Institute of Technology, where she was an International Monetary Fund scholar. She was a consultant to the World Bank for five years and is a senior research fellow at the Monash Centre for Financial Studies. Her current research interests include issues related to sustainable finance and retirement planning. 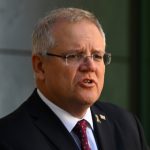 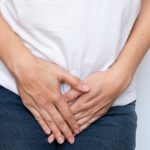