Our taste in bread is evolving, according to an industry report by research firm IBISWorld.

Consumers are avoiding white, factory-made bread more and more and reaching for artisanal varieties instead. Artisanal bread now makes up 14.7 per cent of bread and bakery purchases; you may have noticed an increase in bakeries offering more alternatives to wheat bread.

As the white bread market changes, rye bread is one of the products that offers a viable alternative to those looking for a nutritious snack without sacrificing the sandwiches.

Rye is a grain similar to wheat with a darker colour, earthier taste and denser texture. It’s actually a common weed that initially grew hidden in wheat fields, eventually evolving to mimic wheat to avoid detection and be sown alongside similar-looking wheat seeds. Thanks to its high tolerance for growing in cold climates, it wasn’t long before rye became a cereal crop in its own right.

Read: Four of the best superfoods to help reduce inflammation

Outside Scandinavia, rye bread can be a bit of a niche proposition. But the dense stuff is beloved by the health conscious among us and switching from wheat bread to rye could bring you a range of benefits.

Here are some of the reasons you should consider making it your sandwich standard.

1. It’s full of fibre
We all know in theory that we should seek out high-fibre foods to help our digestion and cholesterol, among other reasons, but finding the right foods to hit our intake isn’t always easy.

Rye bread is high in fibre, with twice as much as most standard wheat-based breads (around 2g of fibre in each slice).

Read: Why eating a fibre-rich diet can boost your mood

Rhiannon Lambert, a Harley Street nutritionist and author of Re-Nourish: A Simple Way to Eat Well, says “the additional fibre in rye bread may aid digestion and may also help you to feel nice and full for a longer period of time after a meal”.

2. It will fill you up for longer
Speaking of appetite, a study in Sweden, where rye bread is widely consumed, found that eating it as part of your breakfast not only makes you feel less hungry before lunch, but even has a knock-on effect afterwards. This can be beneficial in maintaining a healthy weight.

Effectively, rye bread can help control your appetite and leave you feeling satiated all day, which should put it in pole position as your breakfast of choice ahead of a trying day – or if you know someone’s scheduled a pesky lunchtime meeting.

3. Most people – but not everyone – can eat it
Rye bread can be a good option if you’re catering for people with different dietary requirements, but it pays to always check the label.

Read: The science of food allergy and intolerance testing

Rye unfortunately still contains some of the proteins found in gluten grains, so those with an intolerance or coeliac disease should avoid it. However, if you’re trying to cut down on gluten without avoiding it altogether, rye could be a perfect substitute to that early morning bagel.

It has lower levels than most white bread, which is partly why it’s so dense, making it a great option for people who have a slight sensitivity.

4. It’s packed with nutrients
Rye is a great source of vitamins and minerals, including magnesium, iron and phosphorus, and antioxidants and even packs a bonus helping of zinc, too.

If you’re lacking in these vital nutrients, it can affect both your mood and your energy levels. Rye bread also contains around twice as much potassium as white bread, which is important for regulating blood pressure. “There is a lot more to a slice of bread than just carbohydrates to consider,” says Ms Lambert.

5. It could help to fight asthma
Parents around the world know the struggle of white bread versus brown bread.

But the benefits of rye bread for a child’s health could make it worth persevering. A recent study found that children’s diets play a significant role in the likelihood of their developing asthma, and rye bread was named as a feature of the sort of diet that may be able to fight against such health risks.

Here are some easy ways to incorporate rye in your diet:

What should you look for in rye bread?
Just because rye’s dark colour makes it look like a wholegrain loaf doesn’t mean that it always is whole grain. Many rye breads are blends of light, medium or dark rye flour blended with a higher protein flour, such as wheat, for better rising. To ensure you’re getting wholegrain rye, look for whole rye or rye berries on the label.

Are you a fan of rye bread? What are your favourite toppings? Do you make your own bread at home? 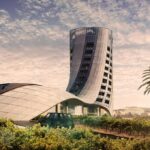 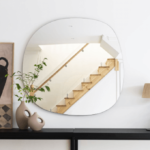