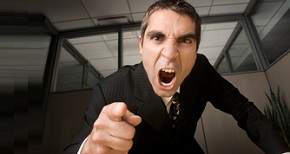 It seems that tensions at Centrelink offices are boiling over, with a reported increase in the number of acts of aggression against Centrelink staff.

In the last 17 months 1055 duress alarms were used and Centrelink staff made 6569 reports of aggression. In response to the increased reports, Human Services Minister Kim Carr reported that a working group was looking at how to reduce aggression. Senator Carr also wants staff to have a wider range of options to deal with threatening behaviour, such as a wider use of apprehended violence orders.

In 2010-11 Centrelink spent $5 million on security guards, which were deployed to around 70 offices, and Senator Carr would like to see the police more heavily used when circumstances dictated.

Despite an increase in the number of call centre staff and the move of more services online, customers were reporting waits of an hour or more to speak to staff. This is bound to contribute to aggressive behaviour, especially when people were often distressed when calling or visiting Centrelink offices.

Read the full story at TheAustralian.com.au