Treasurer Jim Chalmers says keeping the fuel excise cut in place is unsustainable, and motorists should prepare for it to be wound back in September.

The previous Morrison government halved the fuel excise for six months – from the full rate of 44.2 cents per litre to 22.1 cents per litre. The cut was a cost-of-living relief measure after the Russian invasion of Ukraine sent shockwaves through the world’s energy markets.

Dr Chalmers told the Guardian Australia podcast it would be “incredibly hard to continue the fuel tax relief indefinitely amid growing government debt and economic challenges like high inflation and falling real wages”.

Read: Want to save money on groceries? Here’s a little secret

“(People) should assume that the petrol price relief comes off in September,” Dr Chalmers said.

“Nothing has substantially changed to make me think that we could continue that indefinitely, or even for a substantially longer period than September.”

The national average price for unleaded petrol hit its highest ever monthly average price in March, shortly before the release of the 2022 Federal Budget containing the fuel excise cut.

It hit its second-highest monthly average in June and is currently sitting at $2.11 per litre.

Read: Cheap ways to keep your house warm this winter

And this is with the fuel excise cut in place. Without it, these records look set to be broken again in July. The financial pressure on Australian households is building to levels not seen for decades.

Dr Chalmers said that although the challenge posed by inflation was “incredibly serious”, he did not believe Australia would return to a 1970s-style wage-price spiral.

“If we can get through this difficult period – however long it goes for, six or 12 months or whatever it might be – I think our opportunities still outweigh our challenges after that. But we need to get through this period first.”

Last month’s 0.5 per cent interest rate increase by the Reserve Bank of Australia (RBA) has put upwards pressure on the prices of virtually all essential items, but especially housing, grocery and fuel prices.

The RBA announces its next rate rise later today and there has been speculation it will follow the US Federal Reserve move to raise interest rates by 0.75 per cent.

RBA governor Philip Lowe has played down such a move, telling a panel discussion that a 0.75 per cent rise was “not on the table” this month and that the RBA would only consider increasing the rate in incremental steps of 0.25 or 0.5 per cent at a time.

But Dr Lowe said the early stages of a wage-price spiral were already becoming apparent, with businesses feeling confident in raising prices, which, in turn, prompts workers to demand pay rises.

“It’s not formal wage indexation, but it’s indexation of a kind because you can understand why people faced with high inflation want compensation for it, especially when the unemployment rate is as low as it is,” he said

“It ends in persistent inflation, and then you have to have much higher interest rates and the economic downturn to get inflation back down.” 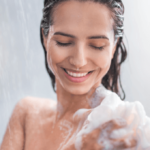 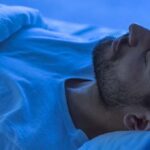