Over the past fortnight, the Australian Bureau of Statistics has been releasing data from last year’s national census. Buried in the reams of data, which revealed among other things that Australia’s population has doubled in the past 50 years, was a startling figure regarding housing occupancy.

And yet with more than a million homes – nearly 10 per cent of those counted – unoccupied, Australia is facing the crisis of a rising rate of homelessness, particularly among older Australians.

Pensioners are among those most at risk, with a report tabled by Anglicare showing that only 312 of more than 45,000 rental properties on the market were within reach of those on the Age Pension.

For older Australians struggling to find an affordable rental property, the newly released vacancy figures would be particularly galling.

Are these figures two sides of the same coin? Or are there other more complex factors at play? What can be done to reduce both the number of homeless Australians, and the number of private dwellings – 70 per cent freestanding houses, 16 per cent apartments and 13 per cent townhouses – sitting empty?

Read: Bank of mum and dad among top 10 housing lenders

This issue is the focus of a report released by Anglicare, a charitable arm of the Anglican Church. The report, Homes for all: Anglicare Australia launches a twenty-year roadmap for affordable housing, calls for a new leasing model, one that offers longer-term security and protects people from unfair rent increases.

Included in the report is Anglicare’s 20-year roadmap for affordable housing. In a statement released last week, Anglicare Australia executive director Kasy Chambers said: “The roadmap calls for a program of tax reform. Those reforms will raise billions for a plan to boost social and affordable housing.

“We are calling on state, territory and local governments to ensure there is affordable housing in every new development.

“And we’re calling for a new model of leasing that offers longer-term security and protects people from unfair rent increases. We are willing to work with any level of government that is willing to trial that model.”

Key points of the roadmap include:

Ms Chambers said it was age pensioners, along with those on JobSeeker, the Disability Support Pension or Youth Allowance who were the hardest hit in the current crisis, and the situation was likely to be even worse than official figures showed.

A submission to a recent NSW parliamentary inquiry by the Ageing on the Edge NSW Coalition stated that published numbers were likely a “gross underestimate because many older people do not identify as experiencing homelessness, do not disclose their housing situation due to shame and stigma, and therefore do not access mainstream housing and homelessness services”.

Anglicare’s 20-year roadmap, Homes For All, is available on the organisation’s website. 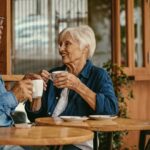 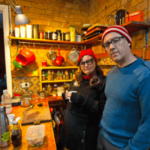