It takes just four weeks for a diet of highly processed foods to start having a negative impact on your brain and cognitive function, a study has found.

On average, Australians get more than one-third of energy from junk food. Junk food is generally defined as unhealthy food that is high in calories from sugar or fat, with little or no vitamins, minerals, protein or other nutrients. Think pizza, hamburgers, chips, chocolate, potato chips and any other highly processed foods.

We know the effects these foods can have on our waistlines, but research has found they can also cause inflammation in the brain and affect memory function.

The study was carried out on rats, who as fellow mammals share a brain with similar function and structure to humans, researchers say.

The rats were fed a diet intended to mimic highly processed ready-to-eat foods common in Western diets, such as potato chips and other snacks, pasta dishes and pizzas, and deli meats containing preservatives. These types of foods often contain ingredients intended to increase their shelf life.

The researchers said their findings could have serious implications for brain function and the development of dementia. Over a period of 28 days, older rats (24 months) showed significant impairment to memory related to the function of the hippocampus or the amygdala. These effects were not seen in younger rats (three months).

“These findings indicate that consumption of a processed diet can produce significant and abrupt memory deficits and in the ageing population, rapid memory decline has a greater likelihood of progressing into neurodegenerative diseases such as Alzheimer’s disease.”

As part of the study, some rats were given a supplement containing the omega-3 fatty acid known as docosahexaenoic acid, or DHA. The researchers found that adding this supplement virtually nullified the negative effects of the processed foods.

“By being aware of this, maybe we can limit processed foods in our diets and increase consumption of foods that are rich in the omega-3 fatty acid DHA to either prevent or slow that progression,” they said.

It’s important to note that the researchers are not quite sure of the exact dosage of DHA required to reverse the effects of an unhealthy diet as the rats had access to an unlimited volume of food. All the rats in the study gained a significant amount of weight, with older rats gaining more than younger ones.

Dr Barrientos warned against people interpreting these results as a licence to eat as much processed food as they like as long as they take a DHA supplement.

Read: Best and worst foods to boost your mood and brain health

“These are the types of diets that are advertised as being low in fat, but they’re highly processed,” she says.

If you’re looking to incorporate more omega-3 fatty acids into your diet, the richest source is from oily fish such as salmon, mackerel, herring, sardines or anchovies.

How much of your diet do you think is junk food? Are you worried about what it might be doing to your brain? Let us know in the comments section below. 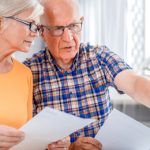 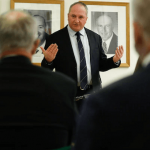