The United States has had nearly as many COVID-19 cases as Australia has people. More than 400,000 have died of the virus in America, compared to just 909 in Australia.

If you thought those figures would make the United States more eager for a vaccine than Australia, you would be very wrong.

New research from the United States Study Centre at the University of Sydney found there was a stark difference between the vaccine willingness of Australians and Americans.

A survey of 1500 Americans and 1619 Australians in early October 2020 found that 66 per cent of Australians were extremely likely or very likely to be vaccinated with an approved COVID-19 vaccine, compared with just 36 per cent of Americans.

Only 8 per cent of Australians said that they were not at all likely to use an approved vaccine, as opposed to 26 per cent of Americans.

On Tuesday, we reported that a Roy Morgan survey suggested support for vaccination was even stronger at 77 per cent, although that figure was down from 87 per cent from when the question was asked in April 2020.

The United States spent billions of dollars speeding up the development of COVID-19 vaccines and their rollout has already begun, while Australia’s is expected to start in the coming weeks. The survey results, however, show the vaccine is unlikely to end the threat posed by COVID-19 in the United States.

There have even been situations in the United States where frontline healthcare workers are refusing to take the vaccine.

The research explains that Australia’s vaccine willingness is bipartisan, with similar numbers of Coalition, Labor and Green voters likely to accept a vaccine when one is available.

“One possible driver for lower rates of willingness to use a vaccine is different rates of perceived risk from the coronavirus in the two countries,” study authors Dr Shaun Ratcliff and Professor Simon Jackman explained.

However, while Australians and Americans made relatively similar assessments of the personal dangers of COVID-19, Aussies were still more likely to take the vaccine irrespective of their personally assessed level of danger.

In the Australian sample, 65 per cent of respondents who rated COVID-19 as extremely dangerous said they were extremely likely to take the vaccine; in the United States the corresponding figure was just 34 per cent.

“Even among those who thought the virus was not at all dangerous, 26 per cent in Australia reported they were extremely likely to use the vaccine, versus 10 per cent in the United States,” the study explained.

“Conversely, among this group reporting that the coronavirus is not personally dangerous, 24 per cent in Australia thought they were not at all likely to use the vaccine, compared with 56 per cent of Americans.”

Do you think that America’s divided attitude towards vaccinations will leave them exposed to the threat from the virus for much longer than the rest of the world? Would you feel less safe about visiting America given their hesitation about vaccines? When international borders reopen, should Australia ban visitors who have not been vaccinated? 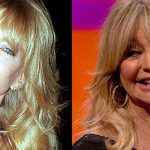 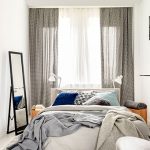