The federal government has bowed to pressure and reinstated the $750 COVID disaster payments as case numbers surge to record levels.

The Pandemic Leave Disaster Payment is intended to provide financial support to people who need to isolate, but who have either exhausted all sick leave or had none to begin with. You are also eligible to claim the payment if you are caring for someone who is required to isolate.

You must have lost at least eight hours of work and not have more than $10,000 in savings on the first day of the period you’re claiming for.

After weeks of public pressure, Prime Minister Anthony Albanese has confirmed COVID support payments will be available again from tomorrow, Wednesday 20 July, and continue through until 30 September.

There has been no indication the payment will extend beyond the new deadline.

“I want to make sure that people aren’t left behind,” the PM said in a press conference.

Read: Immunity for COVID cases could be slashed to 28 days

“That vulnerable people are looked after and that no-one is left with the unenviable choice of not being able to isolate properly without losing an income and without losing out in a situation that is difficult.”

The move comes as case numbers around Australia reach record levels. Victoria and New South Wales are recording around 10,000 new cases per day and hospital services in those states are warning overcrowding and ambulance ramping will only get worse.

Case numbers in other states are also reaching record levels, with Queensland recording more than 6000 new cases on Monday and Western Australia more than 5000.

The PM warned that health advice he had received indicated the latest COVID wave is expected to peak some time in late July or early August.

Health authorities have been pushing for a reintroduction of mask mandates, work-from-home recommendations and other restrictions, but so far state and federal governments have been reluctant to bring back those rules.

It seemed strange then, to wind up the COVID support payment on 30 June just as a new wave was washing over the country. The payment costs had been shared 50-50 between the federal and state/territory governments.

Federal Treasurer Jim Chalmers told Sky News it was the previous government’s decision to end the payments in June.

Read: Study sheds light on who is most likely to develop long COVID

“It was [the previous] government a little over eight weeks ago that designed this program to end at the end of June,” he said.

“We will get on with our work, working with the states and territories, led by premiers and chief ministers of both persuasions.”

“The prime minister didn’t act quickly enough in terms of letting this payment cease. It wasn’t the former government’s responsibility, it was theirs,” he told Nine.

“These payments are critical to those people having trouble putting bread and butter on their table.” 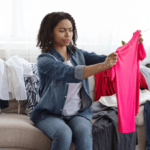 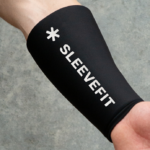