The average out-of-pocket cost for GP services has risen 60 per cent over the past decade, the then Opposition revealed in the lead-up to the May federal election, and is in desperate need of reform.

Then Labor leader Anthony Albanese declared he party would deliver a Medicare revolution if elected.

Now Prime Minister, Mr Albanese has understandably spent much of his ‘honeymoon’ period dealing with matters related to foreign affairs and finance. Even with the current high rates of COVID infection, the pandemic has barely rated a mention.

But a statement delivered by new health minister Mark Butler indicates the government is ready to bring it into a new era in healthcare.

In a statement, Mr Butler decried what he said was “a decade of Liberal cuts” and said the new government is delivering on a key election commitment, the Strengthening Medicare Taskforce.

It’s an impressive name, but who is on this taskforce and what is its aim?

According to Mr Butler, the taskforce will begin work immediately. “Our health system is under pressure, our doctors need support, and we need to reduce pressure on hospitals,” he said.

“The average out-of-pocket cost for GP services has risen 60 per cent over the past decade. The Albanese government is committed to restoring affordable and accessible healthcare. Our Strengthening Medicare Taskforce [is] a diverse group of health experts and consumer representatives who will provide practical advice to help us start fixing our healthcare and make it easier for Australians to see a doctor.”

As to the actual fixes, the government has already promised almost $1 billion, with $750 million of this to deliver “the highest priority reforms to Medicare” and $220 million for the “Strengthening Medicare GP Grants Program”, which the government says will “see more resources invested in our GP practices”.

This could deliver innovations such as nurses employed to help patients navigate the health system, and patients given extra care if they enrol with one GP practice.

Another proposal is a conversion of some GP practices into ‘mini emergency departments’ which would be open after hours and have X-ray machines and pathology testing on site.

This would, in theory, ease the burden on hospitals already strained to near breaking point by the ongoing COVID crisis.

Ms Annie Butler, federal secretary of the Australian Nursing and Midwifery Federation and a member of the Strengthening Medicare Taskforce, says some of the extra funding should be spent on expanding the role of nurse practitioners in the health system.

Ms Butler says nurses or GP clinics could be given block funding to keep certain patient groups with chronic illnesses well and out of hospital, and focus on preventive healthcare.

“The current fee for service model incentivises only treating somebody when they get sick, when you should get funded for keeping them well,” Ms Butler said.

Does Medicare need an overhaul? What improvements are needed? Why not share your thoughts in the comments section below? 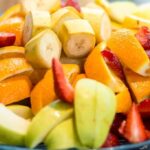 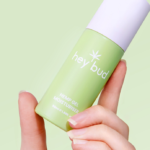