It’s well known that regular exercise lowers your risk of premature death. But how much exercise do you actually need to do to get the benefits? New research finds that what constitutes ‘enough exercise’ may be a lot less than previously thought.

According to federal government health guidelines, adults aged between 18 and 64 should be active most days of the week, for a total of between 2.5 and five hours (150 and 300 minutes) of moderate exercise, or between 1.25 and 2.5 (75 and 150 minutes) hours of high-intensity exercise.

For Australians aged 65 and over, the recommendations are at least 30 minutes of moderate physical activity most days.

Read: Exercise can play a key role in maintaining your mental health

Despite these guidelines, only about a quarter of those aged 64 and under are meeting this target. Older Australians are doing a bit better, with about 40 per cent achieving that goal.

For years now, debate has raged about whether you really need to spread the exercise over many days. Could you, for instance, cram all your recommended weekly exercise into two days over the weekend and still reap the health benefits?

Well, new research suggests that may be the case.

A UK-based study has found that if you complete the recommended amount of exercise in just two days, you still have a significantly lower risk of premature death from any cause.

Read: Do you listen to your body when it comes to food and exercise?

This information was then compared with official death statistics to determine which participants had died since their data was recorded.

The researchers found weekend warriors had a 30 per cent lower risk of premature death from all causes compared to inactive people. Risk of death specifically from cardiovascular disease was reduced by 40 per cent.

It seems logical that doing any exercise at all is going to be better for your health than doing none. While this is undoubtedly good news, it might not be time to give up your weekday workouts just yet.

A US study, published in the journal Circulation, showed people who exercise for between two and four times the recommended amount also have an reduced risk of dying from all causes.

So, it seems cramming your recommended amount of weekly exercise still comes with many health benefits and a reduced risk of death. But so does exercising much more than recommended. Crystal clear, right?

What is clear, is that performing less than the recommended amount of exercise will most definitely increase your risk of early death.

So, get out there and get moving –your life depends on it! 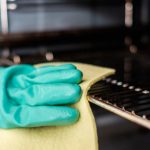 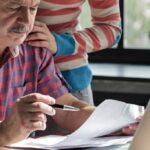