Hands up those who have measured their HRQoL lately. You haven’t? You’re not even sure what your HRQoL is? Well now might be a good time to find out, because it could help you predict your future health.

HRQoL stands for Health-Related Quality of Life, and the latest research suggests it’s a valuable tool in mapping future health outcomes. In simple terms, as the name suggests, your HRQoL measures your own perception of your health.

Researchers at the Monash School of Public Health and Preventive Medicine have been looking at this concept, and have published four related studies on the topic in conjunction with other universities in Australia and overseas.

Read: Can you still get heart disease if you are fit?

They found that older adults who reported a decline in physical aspects of quality of life over almost five years were 51 per cent more likely to develop cardiovascular disease compared to those who reported high physical HRQoL.

Those reporting a consistently low physical HRQoL trajectory were associated with a greater likelihood of dying compared to the highest-ranking group. This is significant, because it marks the first instance of researchers establishing a link between declining physical HRQoL trajectory and the risk of cardiovascular disease over an extended period.

Analysing the self-reported quality of life data in 16,871 participants in what was known as the ASPREE (ASPirin in Reducing Events in the Elderly) trial, the researchers measured their health for a further two years in a follow-up study that was named ASPREE-XT.

Most of the participants were aged over 70, were healthy and living independently in Australia and the US when initially enrolled into the ASPREE program. They reported their HRQoL – rating aspects of their physical, psychological and social (mental) wellbeing – at entry into the study, and then annually for several years (on average 4.7 years).

The early studies found that better physical HRQoL at enrolment was associated with lower risks of cardiovascular disease (14 per cent), cognitive decline (6 per cent) and death (17 per cent) over an average of 4.7 years.

In terms of mental health, HRQoL at enrolment was associated with lower risks of cognitive decline (12 per cent) and dementia (15 per cent) over the same period.

Knowing there was a strong correlation between low physical HRQoL at enrolment and cardiovascular disease and death, researchers conducted further analysis in the ensuing years to solidify the data.

Read: Confidence in the kitchen has major mental health benefits

The results led to PhD candidate Aung Zaw Phyo, a lead researcher in the study, to note the important role HRQoL could play in predicting and changing health outcomes.

“The studies indicate that self-reported HRQoL could be used to supplement objective measures, such as weight, blood pressure and cholesterol in outpatient health assessments and care,” he said.

“Our research strengthens the importance of HRQoL as a predictive measure of cardiovascular disease, dementia, cognitive decline and deaths among older adults living independently in later life.”

The results of the studies have been published in four separate papers, the latest of which, Trajectories of physical health-related quality of life and the risk of incident cardiovascular disease events and all-cause mortality in older people, appears in American Heart Journal Plus: Cardiology Research and Practice. 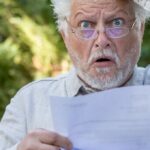 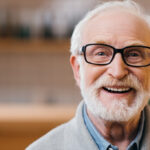