In a scientific breakthrough, biologists have created genetically edited tomatoes that have the potential to deliver much higher levels of vitamin D than current varieties. The ‘edited’ tomatoes produce more provitamin D3, which is a precursor to vitamin D, taking the levels in one tomato to that in two eggs.

Tomatoes are a solanaceous plant, a group of plants which have a biochemical pathway that converts provitamin D3 into defensive compounds. By blocking this pathway, they were able to produce a tomato that accumulates the vitamin D precursor without interfering with the plants’ growth in the laboratory.

These tomatoes then produce higher levels of vitamin D than normal.

Read: There are different types of vitamin D, but which is best?

This sounds like good news all round, but is it? Do we really need to worry about our vitamin D levels and, if we do, shouldn’t we just get out into the sun a bit more? And what are the risks of eating a genetically edited tomato?

Vitamin D deficiency is a problem in many parts of the world. It’s estimated that as many as a billion people are short on vitamin D and that can lead to a variety of health problems, including immune and neurological disorders. In Europe, 40 per cent of the population is estimated to be vitamin D deficient.

But what about here in sun-drenched Australia? The Australian Bureau of Statistics estimates that one in four adults is vitamin D deficient, with seven per cent having a moderate or severe deficiency.

Read: Here’s why it’s tough to get enough vitamin D from the sun

This shortage can be alleviated to a degree by exposure to the sun, but this comes with its own risks, especially in the summer months when UV levels rise to potentially dangerous heights.

This may sound like mere semantics, but there is a difference, according to the biologists. Genetically modified organisms (GMOs) do contain genes from other organisms. These ‘edited’ tomatoes do not, and they could theoretically have been created through selective breeding. That would be a much slower process though, and the gene editing has achieved the desired result much more quickly.

Even though the genes have been edited rather than modified, the new tomatoes are still subject to strict laws governing GMOs in the UK, where the research and development has taken place.

Read: Can taking vitamins help you recover from COVID?

The ‘precision-edited’ crops are the subject of a bill that will allow gene-edited plants to be treated differently to GMOs – the cultivation of which is governed by strict European rules the UK hopes to move away from.

Chief scientific adviser Professor Gideon Henderson says these tomatoes are “an example of the type of product that could pass through traditional GMO legislation, but would do so very slowly under the present regulatory environment and could take decades to navigate the system.”

The vitamin D-enriched tomatoes are still only in the development stages, with UK trials scheduled to begin this month. If successful, the technique could also work well in other solanaceous food crops such as capsicums, chillies, potatoes and eggplant. 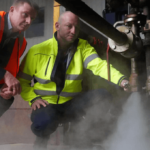 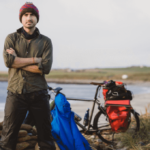 For all editorial inquiries: [email protected]au