Keeping cholesterol levels in check is an important part of maintaining a healthy body, but it requires a good diet, which is something you may struggle with at times.

Imagine, then, if there’s another, simpler way.

Scientists are experimenting with a method whereby cholesterol levels can be permanently lowered through a simple injection.

This idea has been around for a few years, and trials on mice have delivered positive results. No human trials have been conducted, but that’s about to change with biotech company Verve Therapeutics receiving permission to begin human trials in New Zealand.

Read: Cholesterol explained – and how to go about reducing it

The method involves a technique known as base gene editing. In this case it would work by switching off a gene in the liver, which would block the production of a protein called PCSK9.

Turning off the PCSK9 gene has been done through injection before, but was not permanent, meaning that jabs every few weeks were required to maintain the block.

Verve’s technique will, in theory, be a permanent switch, so a single one-off injection may be all that is required to keep cholesterol levels down.

Base gene editing is a technique that has not been entirely free of problems, though. Studies by other groups show that it can produce unwanted DNA changes that could even turn cells cancerous, although there are no reports of this happening in any gene-editing trials so far.

However, there is another technique – epigenome editing – that can produce long-term changes in gene activity without the potential risks associated with permanent gene editing.

Epigenomic changes, in theory, should also be reversible, allowing genes to be switched back on if there are any undesirable effects. This hasn’t been done yet, but seems an inevitable outcome.

Angelo Lombardo, at the San Raffaele Telethon Institute for Gene Therapy in Milan, Italy, and his colleagues have now developed several epigenetic tools for shutting down the PCSK9 gene and have tested them in cells.

Read: Eggs are good for your health, study reveals, but how many?

Dr Lombardo’s tests halved cholesterol levels in mice and he believes that with refinement, a greater reduction is possible. “I’m sure there are ways to improve the efficacy,” he says.

Possibly the best part of Dr Lombardo’s results was that continuous testing over a period of more than seven months indicated the effects were maintained, which points to the treatment being permanent.

Verve’s trials in New Zealand are initially targeted at a rare condition, but its goal is to conquer one of the most prevalent health issues in the world – cardiovascular disease. The company’s phase one trial is set to begin and should produce initial data in 2023.

Verve also plans to seek approval for trials in both the UK and US later this year.

The prospect of lowering cholesterol through a single jab is real, but it is likely to be some years away yet. Until then, you’ll have to try to keep your cholesterol levels down the traditional way. 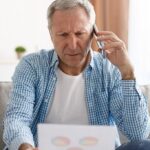 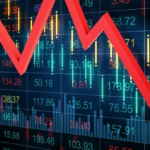