We might have to rethink how skinny people remain skinny. New evidence published in the medical journal Cell Metabolism, suggests it’s probably not exercise.

While the bulk of research on obesity has focused on those with a high body mass index (BMI), a research group in China took a different approach by studying those with a very low BMI. The results were startling.

Co-author Professor John Speakman, of the Shenzhen Institutes of Advanced Technology in China and the University of Aberdeen in the UK, told sciencedaily.com the research expected to find the study group to have high metabolic rates matched by high food intakes, but that that’s not what happened.

Read: How the Mediterranean diet can save your health

“It turns out that something rather different is going on,” he said. “They had lower food intakes and lower activity, as well as surprisingly higher-than-expected resting metabolic rates linked to elevated levels of their thyroid hormones.

“The classic explanation of the healthy, underweight individual is that they can eat what they want and then burn this off, somehow. So, we expected to find just that: high levels of food intake, matched by high levels of physical activity.” But, he says, “this seems to be a sort of urban myth”.

Over a two-week period, about 170 participants were monitored for food intake and physical activity, the latter using a motion detector.

According to Science Daily, investigators found that compared with a control group with normal BMIs, the healthy underweight individuals consumed 12 per cent less food. They were also considerably less active, by 23 per cent.

And they had that higher resting metabolic rate.

Read: A long-term, high-fat diet can shrink your brain

“Although these very lean people had low levels of activity, their markers of heart health, including cholesterol and blood pressure, were very good,” said the study’s first author Sumei Hu, of the Beijing Technology and Business University.

“This suggests that low body fat may trump physical activity when it comes to downstream consequences.”

There were some limitations to the research. The investigators acknowledged that although they measured food intake, they didn’t record what the subjects were eating, or if they were hungry.

The research group plans further studies to examine genetic differences between people with normal BMI and healthy but underweight people.

Previous research has found variations in certain genes that may play a role.

Read: How to stay health when switching to a plant-based diet

The results back up the Cornell University Food and Brand Lab Slim by Design study, which found skinny people don’t generally diet and don’t exercise as much as expected.

In good news, the study found you don’t have to be a vegetarian to lose weight. Only 7 per cent of the Slim by Design study were vegetarian and more than 80 per cent drank alcohol.

And they enjoy breakfast, just not sugary cereals.

Lead author of the Slim by Design study Anna-Leena Vuorinen said a “very high” rate of slim people eat breakfast instead of skipping it.

“But what stands out is that they not only ate breakfast, but that they ate healthful foods like fruits and vegetables. Also, egg consumption was higher than we expected.” 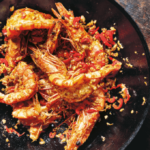 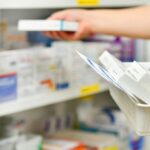