It seems car companies are failing to recognise the spending potential of older Australians.

A report by online automotive sales and media company carsguide.com.au found that manufacturers were ignoring cashed-up baby boomers at their peril.

CarsGuide found Australians aged 55 to 75 bought more new cars than any other age group, but were ‘seemingly invisible’ to manufacturers and marketers.

And that makes sense. We probably all know someone with two or more cars, and even an enthusiast with at least one classic car lurking in their back shed, but car ads typically depict vibrant young things or happy families.

“Australians aged between 55 and 75 are a much misunderstood group, seemingly invisible to marketers obsessed with targeting millennials and gen X,” the report reveals.

“However, the assumptions that underpin such strategies are hard to justify when you examine the spending habits, disposable income, lifestyle patterns and attitudes of what is a powerful and influential demographic.”

The company surveyed 1000 participants in the targeted age group and found that the over-55s were planning trips away and will be driving more kilometres, not fewer.

And they have the money to spend as well. According to the data information group WWP’s Secrets and Lies report, boomers and the over-50s hold half of the country’s wealth and buy 64 per cent of all cars. More are working, according to the survey, and 60 per cent more of those of retiring age are working than 16 years ago, so they have more disposable income.

The study revealed that just under five per cent of ads were targeted at the 55-plus age group and that group resents being bombarded with ads about funeral insurance, care homes and stair lifts.

“That’s not their stage of life; it’s a world away from how they self-identify,” it said.

“What surprised me was how decisive boomers are in relation to buying cars,” Mr Fitzpatrick said. “One in five (21 per cent) of those surveyed only take four weeks to research and buy their cars and 86 per cent of boomers actually paid cash for their last vehicle.”

And it’s not just their generation that is benefitting from their investment. The study found that 43 per cent of the next generation were receiving funding – and quite probably advice – from the bank of mum and dad.

“That is a startling statistic for marketers and shows that boomers are a really valuable segment because, aimed at correctly, they can actually influence well beyond their own segment,” Mr Fitzpatrick said.

The study recommended vehicle marketing take another look at its approach to boomers.

“Taking the time to understand their values will open up lucrative opportunities for brands,” it said.

“Boomers aren’t blue rinse, cardigan wearers. They have redefined this stage of life, but too many marketers have been asleep at the wheel and haven’t noticed.”

Boomers aren’t looking for a sensible second-hand car either, and they are prepared to pay cash up-     front.

The study found older Australians were highly motivated buyers with a passion for new cars and that 86 per cent of the generation were able to pay cash for a car. 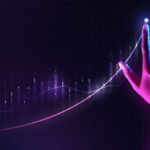 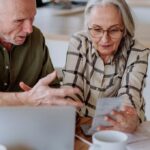