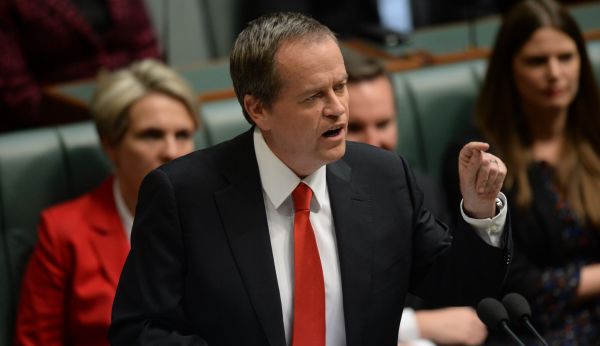 Bill Shorten has given his response to Joe Hockey’s 2015/16 Budget, with education, small business, infrastructure and science ranking as his cornerstones for building a secure future for Australia.

Despite claiming that Tuesday’s budget “is nothing but a cosmetic job by a very desperate make-up artist”, Bill Shorten did offer bipartisan support to the government. In a move which is perhaps unlikely to come to pass, Bill Shorten has pledged to work with the Abbott government to reduce the company tax rate for small business to 25 per cent, 3.5 per cent lower than that proposed by Joe Hockey on Tuesday.  As well as small business, Mr Shorten also offered his support on the issues of national security and relief for farmers affected by drought.

With a gallery filled with supporters offering well-timed applause, Mr Shorten was clearly proud of his response. If you missed his response, you can watch it here.

Or perhaps if you prefer, you can read the transcript at ALP.org.au

Was Mr Shorten’s response a good one? Or was he merely grandstanding? Do you agree with the measures he has pledged to support? Or will this Budget fail as last year’s did?