The fifth Intergenerational Report (IGR) is out. This is the report, which usually comes out every five years, that projects the economy and the Australian government’s budget for the next 40 years. This could be the moment when our political leaders finally focus on the long-term future of Australia and do the kind of big-picture planning many of us wish they would do.

But that’s not what this IGR does. Instead, it’s designed to make Australians feel poor and afraid.

To understand why we have an IGR, we must go back to 2002 when the first report came out. Back then, Peter Costello, treasurer in the Howard government, had a problem. He had too much money.

This might not seem like a problem until you understand that Mr Costello was in coalition with the National Party and it, along with some of his Liberal colleagues, were keen to spend that extra money – spend it on all sorts of things, such as health, education and increasing the Age Pension.

Mr Costello didn’t like the idea of expanding the role of government. His solution to this was to produce a report that looked 40 years into the future. It was designed to show the problems of an ageing population. It was designed to show health cost blowouts and declining productivity. All these things would put pressure on the budget and give him an answer to the calls to spend more.

Now one IGR wasn’t enough, so about every five years we get another IGR, which all seem to show doom and gloom. It is our five-yearly reminder that it would be reckless for the government to spend more on the things we want more of – or need.

This year’s report didn’t disappoint. Or it did, depending on who you ask. The main headlines out of it were declining population growth (because of COVID) and the predictions of budget deficits for the next 40 years. How can we have more spending on healthcare, or a higher Age Pension, if we face 40 years of deficits and an ageing population?

But let’s have a little dig into the assumptions behind these headlines. Are they really as bad as they look?

First the population decline. Or more accurately a decline in the expected future rate of population growth. To be clear, the population continues to increase each year. The IGR predicts it will almost reach 40 million by 2061. But the report claims that the population will be lower than it was previously forecast to be because of COVID.

This should immediately strike you as strange. The growth in population is a factor of how many people are born minus those who die. But it is also determined by how many people come to Australia minus how many leave. The drop in the population is entirely because we have shut our borders to try to keep COVID out, which has dramatically reduced the number of migrants coming in.

If you dig into the assumptions in the IGR, we see that the government assumes we never make up for that lost migration by letting more people in after the crisis has ended. So, one of the supposed biggest problems out of the report is entirely solvable with the stroke of a pen.

But what about these 40 years of deficits?

Let’s put aside that the government struggles to forecast the budget position one year out, let alone 40 years out. As the old joke goes, macroeconomic forecasters exist to make astrologers look good. My apologies to all those astrologers out there for comparing you to economists.

If you just read the IGR press release, you might think the reason for all those deficits was because of an ageing population and unsustainable spending on health. But that is not the real story.

The IGR predicts continued growth in the population. It predicts wages will grow as well. Real wages per person (that is wages that account for inflation and population growth) are expected to be 80 per cent higher over the next 40 years.

If there are more of us and we’re all earning so much more, surely the government will have a lot more tax revenue to pay for any extra health spending?

To find the answer to that riddle, you have to look beyond the press release and the Treasurer’s media appearances. You won’t even find the answer in the main report. You have to dig into the appendixes. There, you find the assumption that is driving all these deficits.

The government is assuming that it will cut taxes every year from 2030 to 2061. Thirty-one years of tax cuts. If it didn’t cut taxes, then rising real incomes per person would mean more tax revenue and the IGR would be forecasting surpluses.

Again, it is odd that the Treasurer seems concerned by this since these deficits could easily disappear if they didn’t cut taxes every year.

You can’t scare people into accepting less spending on health if you have 30 years of surpluses. So instead, it assumes lots of tax cuts.

In a democratic society, these are the kinds of debates we should be having. If the Coalition wants fewer taxes and less spending, it should argue the case openly. Reports like the IGR should illuminate our options, not try to scare us into a predetermined course of action.

What’s your view of the Intergenerational Reports? Do you agree with Matt Grudnoff? Is the federal government being honest with the predictions? Why not have your say in the comments section below? 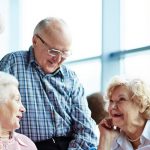