Australia, a nation of almost four million retirees, has one of the world’s best retirement systems. The 2020 Mercer CFA Institute Global Pension Index ranked it fourth out of 39 systems.

Last year, our ranking slipped from third. Also, we ranked only 14th in terms of adequacy. There is clearly room for improvement.

A great swathe of changes loom: there could be an increase in our compulsory superannuation guarantee (SG) levy; there’s the wide-ranging, 650-page Retirement Income Review to consider, and further changes arising from last year’s Budget that are planned to transform the super industry.

So, as we move toward the 2021-22 Budget, due in May, it’s timely to look back at why Australia’s world ranking fell and consider how it could be made a better system for all retirees.

The Actuaries Institute believes Australians should be able to confidently plan to live their retirement with dignity. And, in fact, our savings pool is pleasingly deep. Assets held by Australian superannuation funds have grown from around 30 per cent of GDP 25 years ago to more than 140 per cent of GDP today. These assets are held for the benefit of all Australian retirees.

But we also understand that our system is complex, and not always easy to navigate. The evidence shows that many retirees are cautious and live a frugal life for fear of running out of money.

The Netherlands, Denmark and Israel ranked above Australia in the Global Pension Index. Those three countries scored better marks for several reasons.

In each case, their systems have a baseline universal pension as well as contribution rates to their funded pension schemes that are higher than Australia’s current compulsory superannuation contribution of 9.5 per cent. Indeed, the lowest rate in those countries is 12 per cent.

Retirees in those countries save for their own retirement, but they also receive, in the form of a non-means tested payment in retirement, a pension that is somewhere between 17 per cent and 30 per cent of the average wage.

Australia’s Age Pension is around 27 per cent of the average wage. However, not every retiree gets the full or even a part pension. So there is no known base to build on.

In contrast, the pension in the Netherlands, Denmark and Israel provides a foundation, a level of comfort and certainty for retirees. While Australia debates whether we should have some form of compulsory longevity protection (such as a compulsory annuity) to cover the risk that a retiree might outlive his or her savings, a government-provided universal pension could also provide a similar sort of buffer. The advantage is that retirees would know they can at least count on that pension.

In Australia, the mix of private funding and the Age Pension tests make the system opaque and uncertain for almost all retirees.

The complexity is twofold. First, many retirees are forced to constantly report their financial position to the government and recalibrate budgets as life circumstances change. Qualifying for an Age Pension, or part-pension, means constant reassessing. Second, planning for retirement is very difficult as nobody knows what level of Age Pension they may receive in five, 10 or 15 years. It is no surprise that retirees are cautious.

In addition, Australians have become very used to the notion that successive governments will tinker with superannuation rules. Again, more uncertainty. It would be a great benefit to all if the rules were kept constant for several years, thereby providing the community with greater confidence about the future.

But how else can we improve the system? We need increased focus on the spending part of retirement. Over the past quarter of a century, we have built up a strong superannuation system for the accumulation phase – that is, before retirement. Now is the time to help people with the entire ‘package’, both before and after they leave the workforce.

One smart way to link people concretely to their retirement savings is to ask all superannuation funds to provide members with a projection of their future income in retirement, based on their current and projected savings.

You might look at a savings pool of $100,000 and think that’s a decent amount of money on which to retire. But if that amount has to last 20 or 30 years, it becomes clear it won’t provide much more than $100 a week – an impossible amount to live on in retirement.

If we have a stronger focus on retirement income, people will better understand what their circumstances might look like and what decisions they need to make now.

We have heard the horror stories coming out of the Royal Commission into Aged Care Quality and Safety. More than 10,000 individuals and concerned groups have made submissions. The commissioner is due to report on those living at home, those in aged care facilities and those who have complex care problems, including dementia.

It’s not widely understood that about 90 per cent of aged care costs are paid by the government. For many, it’s unclear what’s available, where and how to access those services. There is a range of services, but the knowledge gap is immense.

People need a better understanding of what they can access and when. If someone wants to spend their last years at home, they need to know the services will be there when they need them. Funding has to be made available. Retirees in need shouldn’t be asked to join a waiting list. Our society should be better than that.

Improved understanding will also help retirees better manage their budget. If they know the services they can access and how those services are funded, they may be more willing to spend their savings in their 70s and 80s. In other words, have a better retirement.

These are not controversial measures. The available information should empower Australians, improve their connection to their retirement savings and provide a level of transparency allowing retirees and those approaching retirement to make better money decisions.

In Australia, we know that there’s much to be thankful for. We have a good healthcare system and because we have compulsory superannuation, there’s a strong pool of funds for retirees. But there’s also much to do to improve the system and give everyone greater confidence about the future.

Are you a confident spender? Or do you spend cautiously for fear of running out of money. 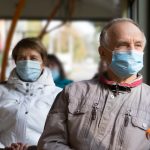 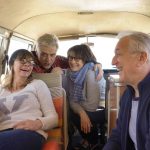