The Australian government spends billions on boosting retirement incomes. The two biggest costs, the Age Pension and superannuation tax concessions, are expected to total $95 billion this year. That’s more than it will spend on health.

For that kind of money, you might expect that retired people in Australia are doing very well. But a quick look at the 36 OECD (Organisation for Economic Cooperation and Development) nations shows that Australia has the fourth highest rates of poverty in retirement.

To highlight the shortcomings of the system and the difficulties faced by key retiree cohorts, YourLifeChoices and The Australia Institute teamed up in 2017 to take a closer look at how different groups of retirees were coping financially in retirement. There was a serious lack of information regarding this issue, which has contributed to it being overlooked in the public policy arena. The aim was four years ago as it is now – to provide more accurate information to shape policy, planning and expectations. Our figures show the true cost of retirement.

Rather than look at all retired people as one homogenous group, we break them into six cohorts to gain a more nuanced view of how each is coping financially. This allows us to look at the inequality that is inherent in the retirement income system. The study, released as the Retirement Affordability Index and updated each quarter, allows a more detailed examination of how different cohorts are spending their money and how the cost of living affects each group.

This work has uncovered the fault lines in retirement incomes and has shown who is doing well and who is struggling. An important fault line is housing, with those who don’t own their home in retirement facing much greater cost of living pressures. This has important policy implications for government. But before we go any further, let’s look at our six cohorts.

We split retired people (i.e. those aged 54 and over living in households where no one is in the workforce) in three ways.

First, we split them into two groups by their main source of income.

The first group is those retirees who derive most of their income from government pensions and allowances, including the Age Pension.

Then, we split the groups into couple and single households.

Finally, we split the groups by their housing tenure – those who own their home (either outright or with a mortgage) and those who rent, either privately or publicly.

This would give us eight groups of retirees. However, we removed two groups because they represent such a small portion of the population and we cannot obtain reliable data for them. The two groups excluded are couples and singles who rent and get most of their income from private sources.

Those who have significant investments, including superannuation, almost always own their      home. Given that the main residence is exempt from the Age Pension assets test, this is a further encouragement for retirees with significant wealth to invest in their own home. The result is that there are very few retirees with significant investment assets who choose to rent. This is not to say that there are no retirees in this category, only that the numbers are so small that we can’t obtain reliable figures on them.

This leaves us with six cohorts. They are:

We use data from the Australian Bureau of Statistics (ABS) Household Expenditure Survey, which shows how Australians spend their money. It places spending into 12 broad expenditure categories. From this, we can see how much the average household in each of the six cohorts spends in each category.

This gives us valuable insights into the problems of poverty in retirement. For example, those who rent spend substantially more of their income on housing. Most retirees who own their home do so outright and spending on housing is mainly on maintenance and various government taxes such as rates.

This means that those who rent in retirement face much tougher spending decisions. Retired renters spend, on average, 34 per cent of their income on housing, while those who own their home spend only about 14 per cent.

As a result, retired renters have fewer opportunities to get out and interact with other people. Retirement for some people can be a lonely and isolating time and being a renter in retirement increases that likelihood because of reduced financial circumstances.

While renters incur significantly higher housing costs, they also face higher cost of living increases. In the figure below, we compare price increases for our six different cohorts since 2001.

Over time, retired renters will see their purchasing power (the amount of goods and services they can buy) shrink compared with retired homeowners. With housing affordability getting worse over time, the inequality among retirees can be expected to increase rather than diminish.

The Retirement Affordability Index is a valuable resource not only for retirees and pre-retirees seeking accurate information on the true cost of retirement, but also for government and welfare agencies ‘interested’ in addressing the most critical concerns of older Australians.

Have you found it challenging to get accurate estimates of retirement costs for your personal situation? 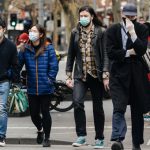 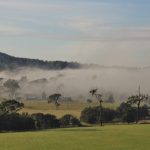