The Australian Bureau of Statistics (ABS) reported that the main contributors to the rises were transport (+3.3 per cent for pensioners and +2.3 per cent for self-funded retirees) and food and non-alcoholic beverages (+1.4 per cent and +1.2 per cent).

The rise in transport costs was driven by automotive fuel with all fuel types posting cost increases during the quarter. The rise in food and non-alcoholic beverages was driven by higher fruit costs, particularly strawberries and grapes.

A drop in the overall cost of health (-1.7 per cent) offset the rises for Constrained and Cash-Strapped Singles and Couples. This was driven by pharmaceutical products as a result of the cyclical increase in the proportion of consumers exceeding the Pharmaceutical Benefits Scheme (PBS) safety net.

The most significant partial offset for the quarter for Affluent Singles and Couples was furnishings and household equipment (-1.2 per cent) driven by strong discounting activity in the retail sector. Why not use this table to compare and keep track of your own household expenditure? 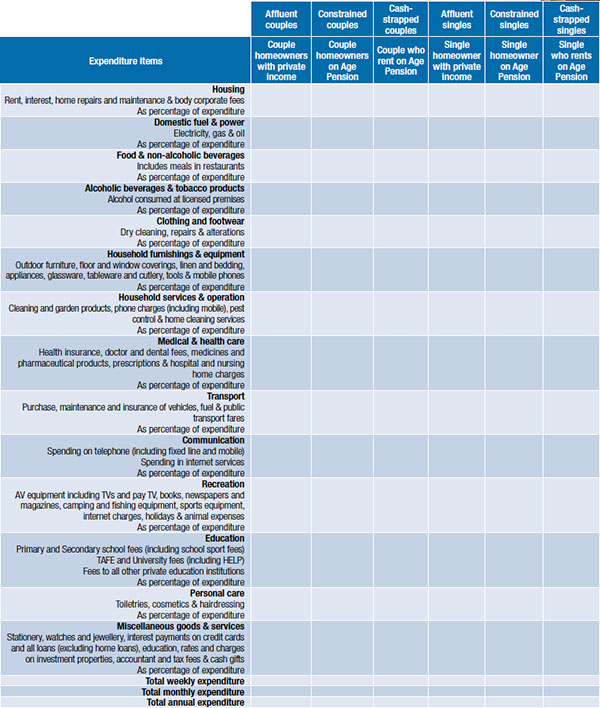