Airbnb is rising up the accommodation booking charts, with many travellers preferring the comforts of home over hotels and hostels.

But along with those comforts can come the risk of being spied on by concerned homeowners who’ve installed surveillance equipment in the properties.

According to Airbnb, so long as the hosts properly disclose the cameras to potential guests, by showing a photo in the listing and/or outlining them in the property description, it is.

“We require hosts to clearly disclose any security cameras in writing on their listings and we have strict standards governing surveillance devices in listings,” says Airbnb.

Is it an invasion of privacy or just an added layer of security for those who own properties listed on Airbnb?

Well, so long as the cameras are obvious, pre-disclosed and not hidden in the bedroom or bathroom, it is not considered an invasion of privacy, says Airbnb. 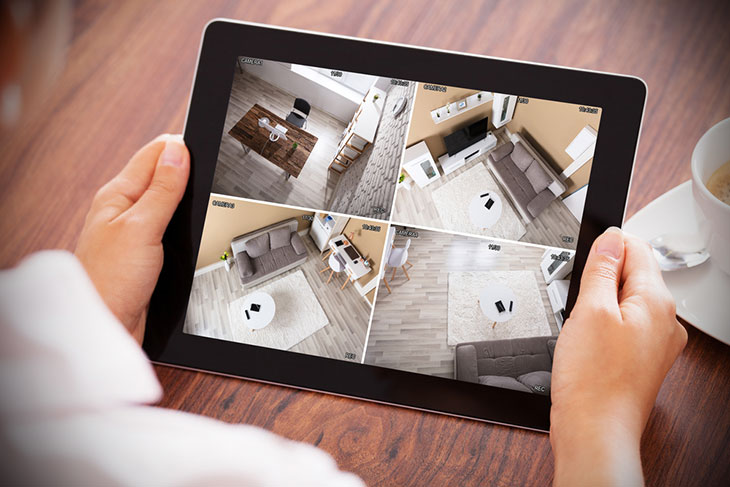 “If you find a truly hidden camera in your bedroom or bathroom, AirBnB will support you. If you find an undisclosed camera in the private living room, Airbnb will not support you,” says Jeffrey Bigham, a computer science professor at a US university.

How does the Australian legal system view security cameras? As reported by Peter Needham on ETB Travel News, ‘it varies from state to state, and some of the legislation was framed originally with listening devices in mind, later expanded to cameras’.

The Australian Information Commissioner notes: “Surveillance cameras operated by individuals are not covered by the Privacy Act 1988, but they may be covered by State or Territory law, and the police may be able to help you for very serious matters.

Do you think it’s appropriate for Airbnb owners to have security cameras on their properties? Had you spared a thought that you may be spied upon during your Airbnb stay?