I first visited Prague and Budapest around five years ago. Recently, I found myself visiting both cities within the space of a week.

Both cities have rather harrowing histories and, while there are some similarities between the two cities, there are also a number of aspects that set them apart.

After my first visit to both cities, I preferred Budapest over Prague. Even though I’d spent almost a full week in Prague, staying in three different hotels (and areas) and having plenty of time to explore and take in the city, I found it quite a challenging town to take on. With so many homeless people hanging around who seemed to have nothing left to lose I didn’t feel very safe, I wasn’t a fan of the stodgy food and didn’t see the appeal of which so many others spoke.

After catching the train across to Budapest – probably arriving with lowered expectations – I found myself blown away by the beauty of the city. With so many sights to see and stunning buildings, bridges and monuments, I left after two days wishing we could stay on longer. 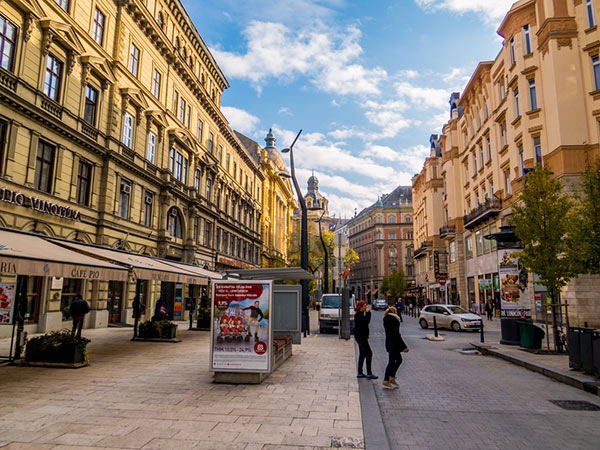 Five years later, I returned to Budapest expecting to be as captivated by the capital as I had been at first sight. Despite being a very different trip – (a birthday weekend away with a group of 14 friends as opposed to my first visit with my parents) – again, Budapest did not disappoint. It is easily one of the most beautiful cities that I have ever visited – a city where you turn the corner in most streets and come face to face with a breathtaking building, statue or monument.

The food was even better than I remember with countless cool restaurants and cafes that got my Melbourne coffee snob stamp of approval. With accommodation, food and drink all very reasonably priced, Budapest also has a booming nightlife scene, and unique and famous ruin bars. With 2000 in less than a 2km radius of each other, these bars are housed in derelict buildings that were hit hard in World War II and have never been refurbished or demolished. Worth seeing for the historic factor at the very least, be warned that there is a darker side to the nightlife, with little regulation over how much people drink and the lack of the high OH&S standards we’re used to in Australia.

A few days later, I headed back to Prague for work with much lower expectations following on from my first visit five years prior. Interestingly I was pleasantly surprised to discover that time really does change a lot. Nowhere near as derelict as Budapest, Prague is often referred to as a ‘fairy-tale city’ and for good reason. Known for its stunning architecture, most of the buildings are very aesthetically pleasing, which gives the whole capital a reputation for being a very pretty place. 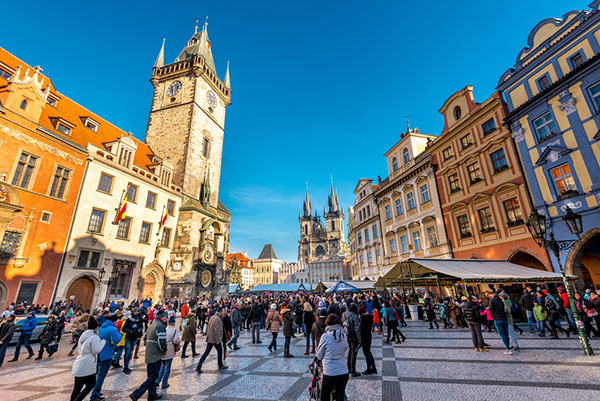 While I only ate at higher-end establishments, the food I did consume was exceptional. And, unlike my first visit, I didn’t find the city as cold or rife with people lurking around the streets. That said, Prague is definitely a tourist city. It is impossible to cross the Charles Bridge without having to dodge countless cameras and selfie sticks, as a British Airways staff member informed us it’s the place where many river cruises start and end their journeys.

So which should you pick? Well, if you have time, I’d recommend visiting both and deciding which you prefer for yourself. However, if you’ve only got a few nights I’d still choose Budapest every time. Not only is it slightly more affordable and less touristy, but in my eyes its beauty is hard to beat and its dark past means it’s a history buff’s dream come true.

Have you been to either of these Central European capitals? Which one did you prefer and why?