David Attenborough is beloved by generations for bringing the wonders of the natural world into our living rooms, and at the tender age of 94 the veteran presenter is still going strong. David Attenborough: A Life On Our Planet discussing humanity’s impact on nature is a must-see when it hits cinemas in late 2020. If you can’t wait that long, his most recent series Our Planet is available to watch now on Netflix.

But why stop there? To help you get up off the sofa, and see some of the world through Attenborough’s eyes, here are six of Sir David’s most memorable locations, ones you can actually visit.

1. Masai Mara National Park, Kenya – A lion’s pride
When you hear the word ‘safari’, what pops into your head is probably from Kenya’s Masai Mara National Park. A short domestic flight from Nairobi, vast expanses of grassland stretch far beyond the horizon, dotted with wildebeest, buffalo, zebras, leopards, cheetahs and gazelle. But, as shown in the Dynasties series it’s the lions that take centre stage. The park plays host to hundreds of the animals, each of which must rank among the most photographed creatures in the world. Masai Mara is, quite simply, the archetypal African savannah.

2. Jaipur, India – Monkey business
Planet Earth II featured many memorable moments – but it was the mischievous macaques of Jaipur, Rajasthan, that really stole the hearts of viewers. The so-called ‘pink city’ is a major attraction in its own right, and you just have to step outside the door to find yourself in the heart of an urban jungle. Markets are particularly good for monkey spotting, as these fearless creatures will happily steal a meal from the stall of any inattentive shopkeeper. 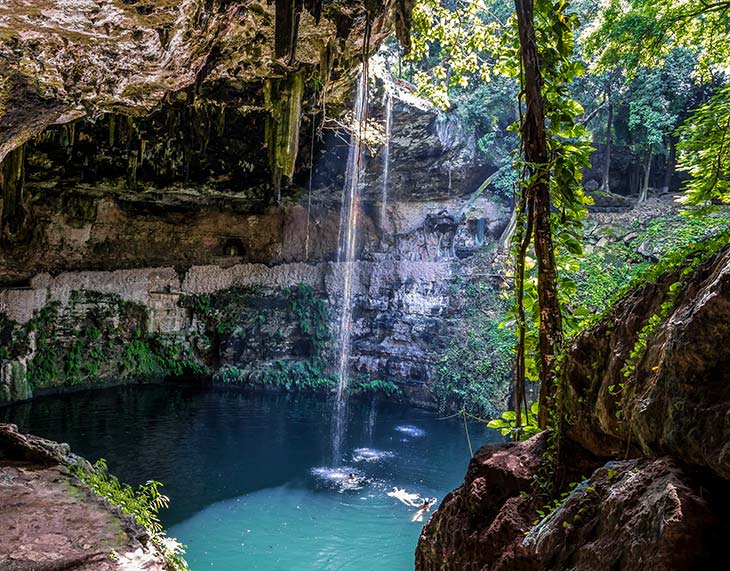 3. Yucatan, Mexico – Cenote diving
In the original Planet Earth, the team dived through stalactite-covered caverns and stalagmite-filled grottoes, bathed in that shimmering shade of green-blue that can only be found underwater. Even watching it made me nervous, but the caves themselves – giant Mexican sinkholes known as cenotes – can be explored with a very low level of diving experience or even safely viewed through a snorkel. The town of Tulum is a mecca for cenote divers and is packed with guides and instructors.

4. Harar City, Ethiopia – Hyenas in the streets
Surely the most unfairly-maligned of all mammals, hyenas received a much-needed makeover with an extraordinary sequence in Planet Earth II. As night falls in Harar, roaming packs of hyenas wander the streets waiting to be fed and petted by local ‘hyena men’. A historic walled town that’s worth a stop regardless, visitors can watch the procession and feed the animals chunks of raw meat. 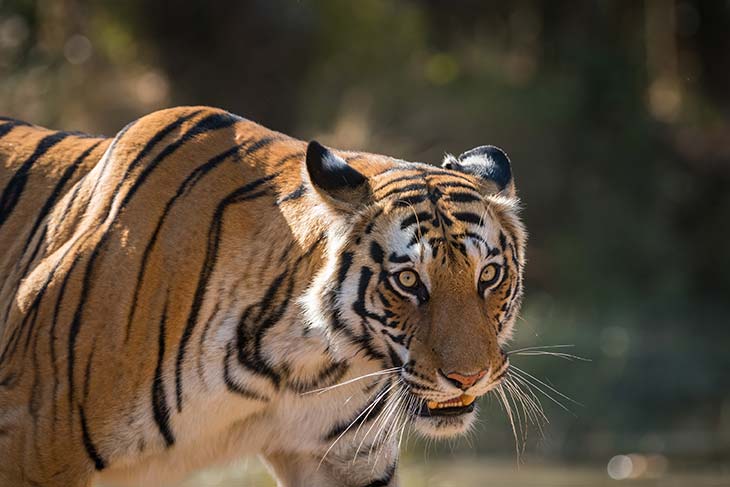 5. Bandahavgarh National Park, India – Hunting the hunter
A Holy Grail for wildlife watchers, the Bengal tiger made its much-anticipated Dynasties debut in the series grand finale. The tigers in question will be from Bandahavgarh National Park in Madhya Pradesh, one of the most popular in all of India, where tourists in open-topped jeeps flock to catch a glimpse of the true king of the jungle. Tigers are elusive creatures – if you want to be certain of seeing one, you’re best off watching the show – but sloths and bears are both common consolation prizes.

6. The Caribbean coast, Costa Rica – A whole new world
Tourists have mixed with BBC film crews on the Great Barrier Reef since the days of the first underwater camera, but rather fewer will have visited the turtle nesting sites from 2017 smash hit Blue Planet II. The team filmed in the small Costa Rican town of Ostional, but the most famous and accessible hatchery is in the aptly named Tortuguero – reportedly the inspiration for the pirate town Tortuga in Pirates of the Caribbean. At the right time of year, the beaches fill with tiny turtles, struggling valiantly towards the sea.

Have you seen any of these spectacular locations, on-screen or in person?