Research reveals the top 20 cities around the world that offer the most luxury per square kilometre, from designer label stores to five-star hotels and Michelin restaurants.

The study, conducted by Money.co.uk, analysed the number of luxury venues in a city and cross-referenced the total with the size of the city, to find out where in the world is truly the most lavish.

Paris tops the list for luxury venues per square kilometre, and also comes out top when simply looking at the combined number of luxury venues regardless of city size. With a total of 427 Michelin-star restaurants, 108 stores from the world’s 10 biggest luxury designers and offering 95 hotels with a five-star rating, the capital of France takes the crown as the world’s most luxurious city.

Read: All you need to know about Paris

Known as ‘The City of Light’, thanks to its illuminated boulevards and the sparkling Eiffel Tower, Paris is the perfect place for a lavish getaway, boasting 24 Cartier stores (more than any other city) and more Michelin-star restaurants than any other city in the world.

Luxury in Paris
The best streets for those looking to splash out on the finest designer wares are Rue du Faubourg Saint Honoré and Rue Saint Honoré. The former is home to stores of well-established luxury fashion houses, from Givenchy to Dior. If you want to see a blend of familiar luxury brands and more niche upcoming designers head to Rue Saint Honoré.

If food is your passion, then Paris offers some exquisite Michelin options to treat yourself to; sample the extravagant delights at a choice of three-star Michelin restaurants including, Pavillon Ledoyen, Arpège and Restaurant Guy Savoy.

Luxury in Phuket
The coastal town of Phuket offers an incredibly luxurious experience of Thailand. Opulent five-star hotels with incredible sea views and stunning outdoor pools provide the perfect place to set up base for a lavish holiday.

The Central Festival shopping centre is home to designer stores such as DKNY, Versace, Balenciaga and BVLGARI.

Visitors are spoilt for choice with Michelin food, including a variety of Michelin-plate street food takeaway options, as well as highly rated dine-in eateries including the newest Michelin addition PRU, which serves dishes that are inspired by Thailand’s different ecosystems.

Luxury in Brussels
Lovers of designer fashion can head to Boulevard de Waterloo in Brussels, with the likes of Chanel and Prada stores to choose from.

Hotel Amigo is the accommodation choice of the rich and famous visiting Belgium’s capital. The hotel is as close to the city centre as you could possibly get, and offers incredible breakfasts as well as understated and classy luxury.

The top restaurant in Brussels, practically an institution, is Comme Chez Soi. Established in 1926, the two-star Michelin restaurant provides a sophisticated dining atmosphere with art nouveau details and windows that allow patrons to watch the chefs at work.

Luxury in Geneva
Visitors looking to shop the outfits from the catwalks of Paris and Milan should head to Rue du Rhone. This boulevard is lined with the likes of fashion boutiques including Louis Vuitton, Fendi, Giorgio Armani and Gucci. It’s also the best place to find the perfect extravagant fashion accessories from the likes of Omega, Cartier, Tiffany and Chopard.

For Michelin dining with a touch of the sumptuous old-school, Il Lago provides a charming dining room and serves up exquisite Italian inspired dishes.

Luxury in Cannes
Head to La Croisette for the best designer shopping in Cannes, whether you’re in the market for clothes, cosmetics or perfume, this area has the finest boutiques to spend your money in.

The two-star Michelin restaurant La Palme d’Or overlooks the La Croisette and provides some luxurious respite after a long day of shopping. Serving up deliciously creative and sunny dishes, it’s one of the best places to eat in Cannes.

Also, within a stone’s throw of La Croisette is Hotel Majestic, a favourite with the rich and famous who come for the film festival. It’s sleek, slinky and has a private beach as well as a simply stunning outdoor pool.

Luxury in Lyon
Lyon is home to three two-star Michelin restaurants. Diners who prefer their luxury in a classic setting should opt for Mere Brazier, whilst those looking for something creative and modern should try Takao Takano or Le Neuvieme Art.

One of the best places to stay for those unconcerned by budget is the Villa Maia, a boutique hotel that has a spa overlooking a wildflower garden and exceptional craftsmanship seen in the designs of its room. There is also a beautiful wine bar and an extremely tempting rooftop terrace.

The study also gave special mentions to smaller towns that offer an incredibly luxurious experience. If the data included towns, as well as cities, that are home to Michelin restaurants, then Paris would have been third on the list, beaten by Padstow, Cornwall in the United Kingdom and St. Julian’s in Malta. Padstow is just 0.78 Km² yet it has an impressive seven Michelin-star restaurants on offer. Meanwhile, Malta’s St. Julian’s has five Michelin-star restaurants and six five-star hotels in the quaint 1.6 km² that it covers.

Have you visited any of these luxurious cities? Which would be top of your list? Share the most luxurious trip you’ve taken in the comments section below. 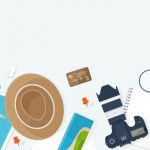 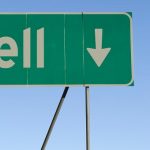