It seems nothing bad happens in the world unless it happens to a celebrity.

Television presenter Lisa Wilkinson has published her outrage on social media after being subjected to a pat-down during an airport security screening.

“At Brisbane Airport and Adelaide Airport the scan showed up the underwire in my bra and zip on my jeans and I had to have a full pat-down in both areas,” Wilkinson tweeted.

“Embarrassing, uncomfortable, inappropriate and should be fixed.”

It follows investigative journalist Louise Milligan’s similar experience when she was asked to remove her jacket, so she was only wearing a “little camisole” underneath to pass through a body scanner while the man in front of her in a big bulky jumper was not made to change. Milligan described the incident as “embarrassing, uncomfortable and creepy”.

It’s great that they are highlighting these incidents, and representatives from Sydney Airport have promised to investigate, but why does it take someone in the public spotlight to get the problem sorted?

Milligan said when she spoke to Qantas staff, they admitted multiple women had complained about the problem, so it’s been known about but nothing has been done.

Good on these two women for standing up for themselves, but doesn’t everyone deserve a bit of dignity?

I mean, I get it. It can be stressful. I once tested positive for explosives, which was an awful hour or so being searched along with my baggage as I could hear my then young children crying outside.

I think the security staff eventually realised a mum with two young kids and a few more members of her family on board a small regional flight posed no serious terrorism risk, but at all times I was treated with respect. We all should.

While we hate using the word ‘plummet’ when describing an airline, there seems no other word for Qantas’s shocking performance over the past year if a report by aviation analytics firm OAG is anything to go by.

According to The Australian, data from OAG ranked Qantas at 106 out of 128 airlines based on flights landed or departed on time and cancellations. The airline had a cancellation rate of 6.9 per cent, which equates to more than 1500 flights, one of the highest for any airline.

Qantas disputed the figures and defended itself by saying all airlines performed poorly, which isn’t really much of a defence.

For comparison, before COVID the airline ranked among the world’s 20 best for punctuality.

It’s hard to pin down how many people Qantas sacked over the pandemic, the highest estimates are about 9000, but it’s fair to say you could easily populate a decent country town with its ex-employees. Which is interesting because the company was also the largest recipient of Jobkeeper payments, claiming $160.5 million in the 2020 financial year and another $695.5 million in 2021.

Read: Six of the world’s most unexplored wildernesses

It’s not been a good year, month or even week for Qantas. As well as embarrassing delays at check-in counters – blamed on passengers not being “match fit” – there are constant tales of people unable to contact the company for refunds either by phone or online, lost luggage woes and last week the airline abandoned a flight of 200-plus people at Dallas airport without updates for 15 hours.

The plane eventually flew out a day late but there was minimal support from Qantas, no staff to help organise accommodation and many people had to sleep at the airport.

Many people are calling for a serious overhaul of Qantas and its management, and it’s hard to disagree with them. 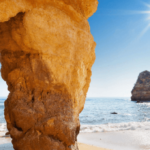 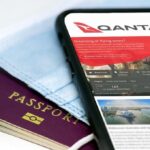