Thanks to travel restrictions and plummeting customer demand, the number of flights in the first week of April 2020 was down 61 per cent compared with the same period in 2019. The pandemic has emptied the skies of aircraft, but it’s not just the airline industry that’s reeling from the sudden change.

Aircraft possess some of the most advanced electronic equipment available, some of which monitors the atmosphere during flight. You might not realise it during your flight, but aeroplanes automatically feed data to meteorologists who use it to create weather forecasts.

Since 1998, the Aircraft Meteorological Data Relay (AMDAR) system has collected data from 43 airlines, using devices on thousands of aircraft. These aeroplanes continuously record air temperature and pressure, wind speed, turbulence and water vapour and relay this via radio or satellite. On the ground, meteorologists input this data, along with data from ocean buoys, weather balloons and ground stations, into weather prediction models. 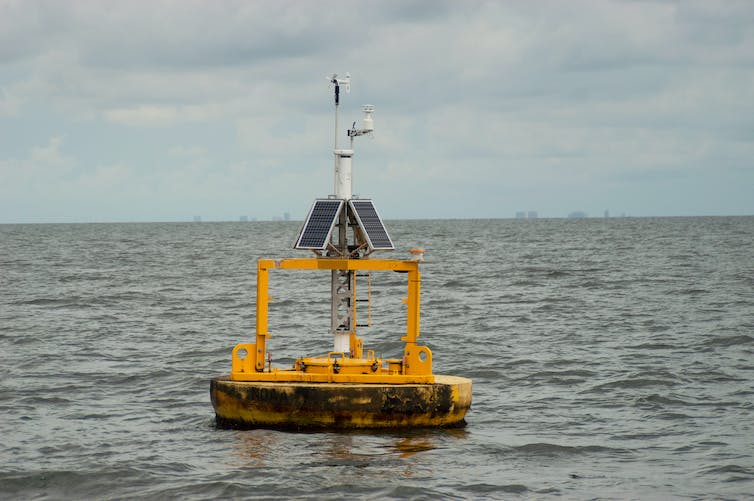 A solar-powered buoy collects weather data in the Gulf of Mexico. EngineerPhotos/Shutterstock

Weather data from aircraft is considered “second only to satellite data in their impact on forecasts”, according to experts. Aircraft collected more than one million meteorological observations each day in 2019 around the world, but aircraft-based observations in 2020 have fallen by up to 90 per cent in some regions. How is all this affecting the weather forecast we check each day?

Read more: What future do airlines have? Three experts discuss

Filling the gaps
Mathematical models use current weather conditions and complex atmospheric physics to generate a forecast. Aircraft observations taken during take-off and landing are most useful for surface weather forecasting, whereas those taken in flight are important for forecasting the weather at altitudes where aeroplanes fly.

But even high altitude observations are relevant for surface weather predictions, as water vapour measurements are used for modelling cloud formation. Research has also shown that aircraft observations help improve the accuracy of hurricane forecasts. Global climate models need global observations and, for many parts of the planet, particularly over the oceans, AMDAR is the only data source.

Studies have demonstrated that aircraft-based observations can reduce errors in forecasts by up to 20 per cent. It’s thought that losing all aircraft data would reduce the accuracy of short-term flying level forecasts that are crucial for flight planning by up to 15 per cent.

A similar drop in forecast accuracy was seen in Europe and the North Atlantic in 2010, when the Icelandic volcano Eyjafjallajökull erupted and forced the airspace in the region to close. One of the implications of aircraft weather observations being down 90 per cent is that aeroplanes that continue flying have less accurate forecasting to guide them, particularly over parts of the earth with less regular monitoring.

Organisations such as the European National Meteorological Service are launching additional weather balloons to try to fill the data gaps left by grounded aeroplanes. Efforts are afoot to ensure that any aircraft data that is gathered is made available to members of the World Meteorological Organisation – the UN agency for weather forecasting. 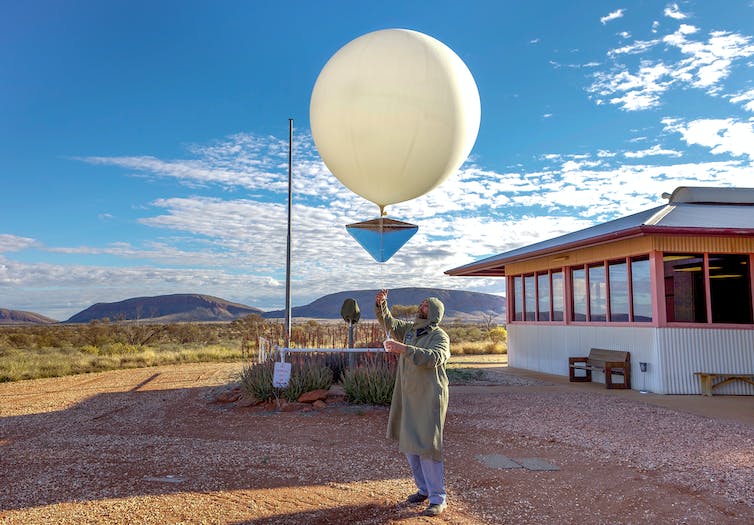 Meteorologists can also rely on satellite sensors monitoring cloud cover, rainfall and temperature. With impeccable timing, the new Aeolus satellite started delivering data on wind direction and speed from January 2020. Before, all of these measurements over oceans and remote regions were done by aircraft.

So in spite of COVID-19, weather forecasting will continue but, with fewer observations, forecasts in the short term may become less reliable, particularly in remote regions where less data was collected already. Pilots will only fly if they are content with the quality of forecasts, so there’s unlikely to be any risk to human life. But as we enter the Atlantic hurricane season, which is predicted to be more active than usual, the most reliable forecasts may be harder to come by initially. That could make the outcomes of hurricane tracking models less certain.

Flight numbers are expected to recover to normal slowly. Until they do, patchy weather forecasts are another effect of the pandemic that’s going to take some getting used to.

Were you aware the aircraft had so much to do with weather forecasts?

Related articles:
How to track the weather
How weather affects your phone
What’s the weather got to do with it?

Fires, floods and dangerous winds are becoming increasingly common across Australia. Which makes

Will warm weather conditions affect the performance and lifespan of Edward's smartphone?