The rush of finishing work, organising the house/kids/pets, and packing for a holiday, can make the lead-up to a trip feel twice as stressful as life would otherwise be. So, when you finally make it to the airport, it feels like a huge triumph. One that deserves a celebratory Prosecco, beer or gin and tonic preflight.

That first sip marks the ‘now, we’re on holiday’ moment, and yes, on the plane you plan to put your feet up (metaphorically – there’s no actual space for that), and happily accept whatever complimentary drinks come your way.

It seems this is a ritual for many of us – recent research by Holiday Extras found the number of travellers enjoying a pre-boarding airport drink has risen from 31 per cent to 42 per cent in the past three years.

The number of people ‘excessively drinking’ between four to eight units at airports has also doubled, the survey found.

Read: A brutally honest account of ‘flying while fat’

Dr Clare Morrison, a GP for online doctor and pharmacy MedExpress, says that while it may be tempting to enjoy a drink on a flight, there are several reasons why it isn’t such a good idea.

Here’s what can happen to your body when you do, so you can be fully armed with the facts if you want to toast to your trip in the terminal.

Dizziness and tiredness
First things first: the humidity on board an aeroplane is very low – usually less than 20 per cent according to the World Health Organization.

“That’s why we need to drink plenty of water,” says Dr Morrison. “However, because alcohol acts as a diuretic, it has the effect of drying the body out even more. This could make us feel dizzy, light-headed, and tired, as well as drying out the lips and skin.”

Fluid loss
“Having a few drinks just before a flight is even worse than drinking on the plane,” says Dr Morrison, “as the diuretic effect will cause fluid loss right at the start of the journey, causing maximum impact.”

So instead of that pre-flight beer (or any caffeinated drinks, which have similarly dehydrating effects) you’ll be much better off drinking plenty of water before boarding, to make sure your body is fully prepared for the drying effects of the plane.

Confusion
It’s fairly uncommon to see anyone bounding off a flight full of energy and feeling great, and that horrible groggy feeling may not just be down to lack of sleep in a cramped seat, or travelling across time zones.

“The other problem is that cabin air has relatively less oxygen than we’re used to, similar to being high up a mountain, which means that drinking can have a greater effect than it does at sea level,” says Dr Morrison. “This is because alcohol impairs the ability of the blood to absorb oxygen, exacerbating any problems relating to low oxygen levels, including cognitive impairment and breathing difficulties.

“The brain is very sensitive to the lack of oxygen. We can easily end up feeling tired, muzzy headed, and even confused, especially if there are already health issues.”

It’s no wonder then that often all we feel up to doing on a plane is watching a straight-to-DVD quality film and dozing between snacks.

Bloating
It’s a fairly normal complaint, to feel like your digestive system isn’t quite right during, or after, a flight.

“Low cabin pressure makes it more likely that we will suffer from bloating and excessive stomach gas,” says Dr Morrison. “Alcoholic drinks can exacerbate this, leading to nausea, dyspepsia [indigestion] and abdominal discomfort.

“When it comes to bloating and gas, drinks with bubbles in, such as champagne and cider, will be even worse than non-fizzy alternatives.”

Alcohol is absorbed into the bloodstream more quickly
The lack of oxygen on a plane can also make us feel more drunk, even if the blood alcohol level isn’t particularly high, notes Dr Morrison, who explains: “When alcohol is accompanied by a proper meal, we tend to drink more slowly, and the food slows down the rate at which alcohol is absorbed into the bloodstream.” But we’re far less likely to eat a decent meal on a plane.

You’ll disturb your sleep even more
Travelling from one time zone to another upsets our body’s natural rhythm already, so add in alcohol and you’re likely to feel even more off-kilter.

“Drinking alcohol can disturb it further by making us drowsy at the wrong time of day, and then too alert when it wears off, making it difficult to sleep properly,” says Dr Morrison.

Read: Experts reveal the worst food you can eat while flying

Booze won’t taste as nice in the air anyway
“Taste buds can be dulled during a flight and the low humidity dries out the nasal passageways and mouth,” says Dr Morrison. “This, together with low cabin pressure, causes a reduced sense of smell. Our taste buds become less sensitive, particularly to sweet flavours, so this may well make that glass of wine taste less pleasant than usual.”

The problem is, travelling can be a stressful experience many people prefer to dull with a drink (or an exciting experience that other people want to celebrate with one), so the trick might just be to come prepared with some music, downloaded Netflix shows or a good book – and a big bottle of water.

Allow plenty of time to get to the airport so you arrive fresh, not flustered, and ready to relax on the flight without needing that drink. 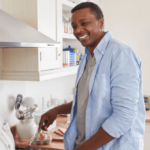 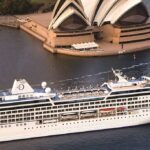