There’s something so special about stumbling into a beautiful park in the middle of a bustling urban centre. Whether it’s a landscaped garden, a small oasis with picnic tables shaded by trees or rolling hills complete with ponds and an abundance of wildlife. Green spaces allow you to stop for a moment and breathe it all in.

Beautiful parks can turn a good city into a great one. Here are eight stunning parks to enjoy.

Stanley Park, Vancouver
Possibly Canada’s greatest inner-city park, this 400-hectare evergreen wonderland is always a hub of activity. The 8km seawall track that circles the park is often filled with walkers, bikers and those on rollerblades.

Read: Some of the world’s most verdant city escapes

One of the park’s top attractions is the Vancouver Aquarium, home to 70,000 creatures including beluga whales, dolphins and sharks.

Hibiya Park, Tokyo
Japan’s oldest Western-style park is sprawled over 16 hectares and is an oasis of calm amidst the vibrant Tokyo.

This tranquil retreat also has spectacular seasonal flower displays, including morning glory in July and chrysanthemum in November.

Royal National City Park, Stockholm
Ekoparken is one of the most wildlife laden parks on this list. The park in the Swedish capital covers 2700 hectares and is home to elk, deer, hares, and many rare species of birds.

The park joins the city to the forests surrounding it, resulting in the abundance of animals.

You can walk for days through the Ekoparken, discovering everything from museums and an amusement park to castles and canals.

Catch a show at the famed Moonlight Cinema, which has been screening classic, contemporary and cult movies since 1997.

Centennial Park opened on 26 January 1888 as part of the centenary celebrations of European settlement in Australia.

Lumpini Park, Bangkok
This gorgeous garden is set against a backdrop of glimmering city skyscrapers and is a true oasis of calm.

These 57 hectares boast ornamental lakes, jogging trails, playgrounds and a public library. Visitors can unwind on the beautifully maintained lawns, watch the locals practise tai chi or rent a paddleboat on the artificial lake.

It’s an important space for locals to escape the bustling streets of Bangkok, so bans on footballs, pets, animal feeding and smoking are all in place.

Villa Doria Pamphili, Rome
This hidden gem sits just outside the ancient walls of Rome. The enchanting park, made up of 184 hectares with 94 available to the public, is filled with stunning architecture, meticulously manicured gardens and large pathways. The statues and vases scattered throughout serve as a reminder of Rome’s majestic history.

Built by the noble Roman Pamphili family in 1630, the Villa Doria Pamphili is the largest landscaped public park in Rome.

Ibirapuera Park, Sao Paulo
This 158-hectare inner-city Brazilian park is one of the most popular spots for locals to enjoy outdoor activities. It’s often compared to Central Park, thanks to its playgrounds, cycle paths, a roller-skating rink, jogging trails, fountains, lagoons and a lake.

Not only does the park offer an escape from the busy surroundings, it also houses the Museum of Modern Art, the Ibirapuera Planetarium and the Ibirapuera Auditorium, which hosts concerts and musical events.

Griffith Park, Los Angeles
LA is known for being busy 24 hours a day, luckily you can escape the hustle and bustle by slipping into the 1740 hectares that make up Griffith Park.

The park contains the Los Angeles Zoo and the Griffith Observatory and is one of the largest urban parks in North America. Due to its presence in many films, it’s also one of the most famous.

Have you been to any of the city parks on this list? Why not share your favourite or others you have visited in the comments section below? 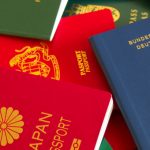 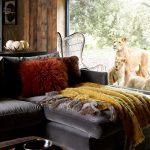