The landscape changes dramatically just 15 minutes out of Las Vegas. Glittering lights, neon and glass are traded for tranquil skies, rainbows of red rocks and sand, an occasional cactus and the odd flowering plant.

I have just left Vegas after a one-night sojourn in Sin City, leaving behind smoky casinos for the fresh air of the Nevada countryside on an American Indian cultural trail road trip.

Over the next four days I will spend around six hours each day in the desert on a bus driving between American Indian reservations, museums, pueblos, schools, sacred sites, hidden caves and cool crystal lakes, and I’ll end my tour in the biggest little city in the world, Reno.

First stop: the Valley of Fire State Park, home to some truly staggering scenery and petroglyphs carved around 3000–5000 years ago by the Ancient Basket Weavers. We are met by law enforcement park ranger 3, Stephen Sawtee, who explains to us the possible meanings of the ancient petroglyphs scratched into the sacred rockface, regales us with the hallowed history of the Atlatl Rock and the people who lived there. 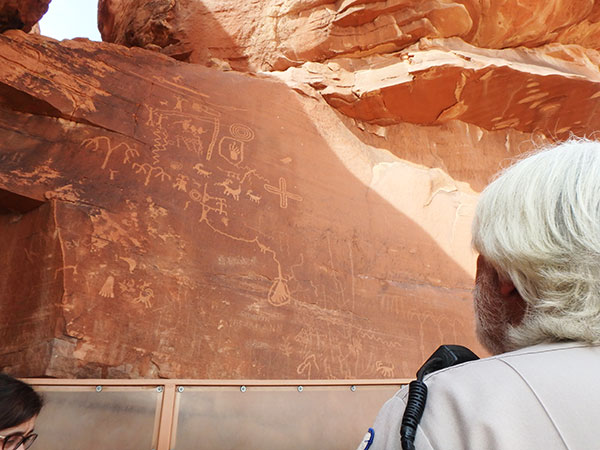 The park is a huge expanse of rusty red rocks, rainbow vistas, white peaks and sandstones. Each year, around 750,000 visitors come to camp, check out famous film locations, hike, take part in free activities or spy the sensational spring blooms. Some come to the Valley of Fire State Park to detox from their Las Vegas visit.

Next we visit the Lost City Museum and meet with Ural Bengay and his sister, Vicki, from the Moapa Band of Paiutes, who are visiting the museum to see and touch some fabulously intricate baskets woven by their grandmother. 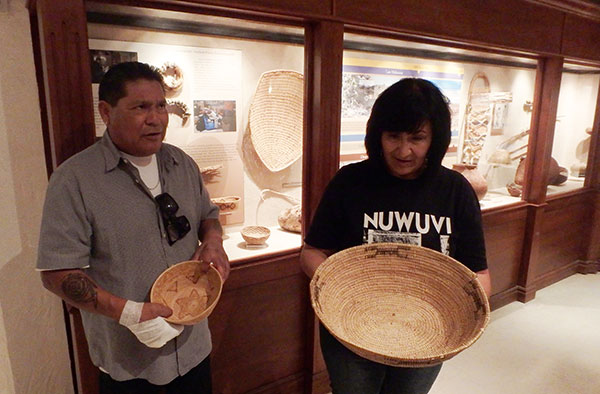 The Lost City Museum was built by the National Park Service to house the artefacts recovered from cities that were swallowed by Lake Mead during the building of the Hoover Dam. It houses myriad artefacts as well as life-sized replicas of pueblos and excavation sites.

The display of ancient native American tools and antiquities is amazing, but to tell the truth, it also makes me a bit sad. Sad to see a civilisation all but destroyed by ‘progress’. Sad to think that the Ancestral Puebloan civilization that had flourished in the American Southwest may have evolved and could still be flourishing if their homes hadn’t been destroyed. Still, thank the stars that some evidence of these people remains, and the Lost City Museum is an important site to see what does remain. 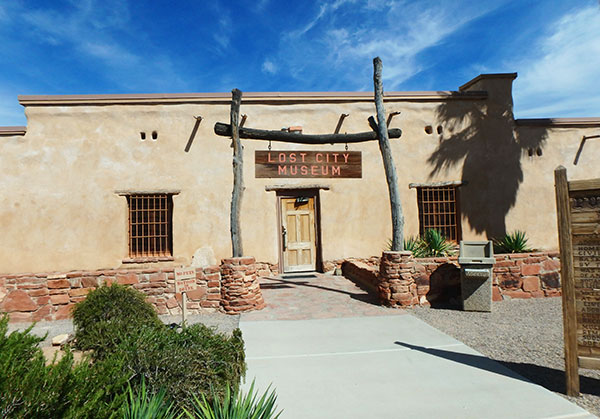 I’m lucky to next visit a site that very few have seen – a secret hot-spring at the Duckwater Shoshone Reservation. Kim Townsend is our guide, and she shows us an oasis in the middle of the desert. Crystal clear, warm water and splashing falls in the desert – it’s a miraculous scene. The site is still a bit under wraps, but Kim, with permission from the tribe’s Elders, is planning to build a small cultural centre and an electric car charge station nearby. Visitors will be allowed access to the spring, but only in very limited numbers, as it’s a pristine site that’s special to her people.

The Hidden Cave is a very important site to the Fallon Paiute-Shoshone Tribe and guided tours are available on two Saturdays a month. You can start at the Churchill County Museum and head out to the Hidden Cave. If you’re an archaeology buff, then this is a must stop for you. We’re lucky to have Donna Cossette, member of the Fallon Paiute-Shoshone Tribe and owner of Great Basin Tour Company, show us through the cave, which is home to over 13,000 years of her people’s history. 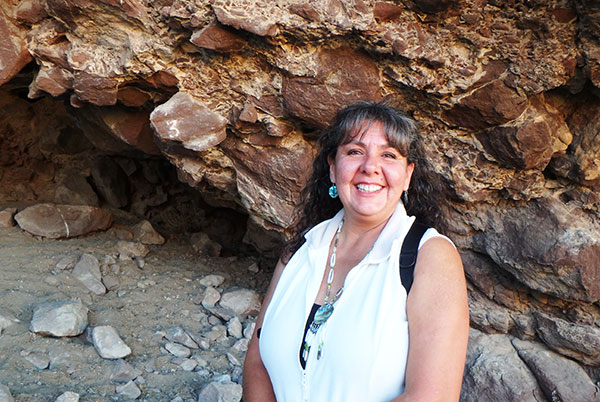 The cave once sat alongside a great lake which, when you look at the desert it is now, you’ll realise was many, many moons ago. Donna recounts the atrocities and valour of her ancestors, and shows us inside the ancient cave in which they would hide themselves and keep their goods safe from marauding tribes. 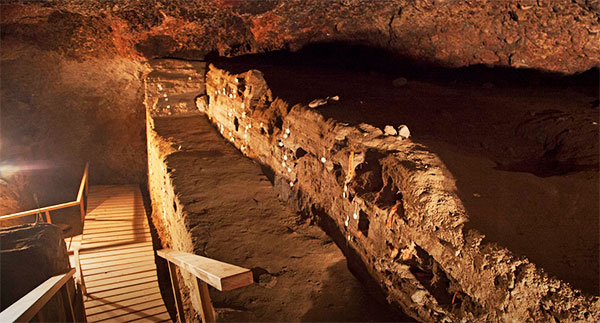 She explains to us the need for her people to protect the land, both now (the Grimes Point Archaeological Site on which the Hidden Cave is located is an area for environmental and historical concern) and then. Resources and food were highly valued and guarded. She told us that, back then, if you were good people, then her tribe would protect you and share their wealth with you. But if you were bad, you would not leave the basin alive.

At the end of this special tour, Donna lights sage and prays for us, for her people and the sacred site itself, and we are sent on our way under the protection of her ancestors.

We’re heading now to Carson City to meet the Rupert family – brothers Tobin and Ben; Ben’s wife, Sherry, and their son, John. Tobin, owner of Rupert’s Precision Gem Cutting, is a jeweller who goes into trances before venturing out and digging from the ground the gems he masterfully sculpts into scintillating jewels and ornaments. His work is awesome and I cannot leave without buying some for myself and the love of my life, Lucy. 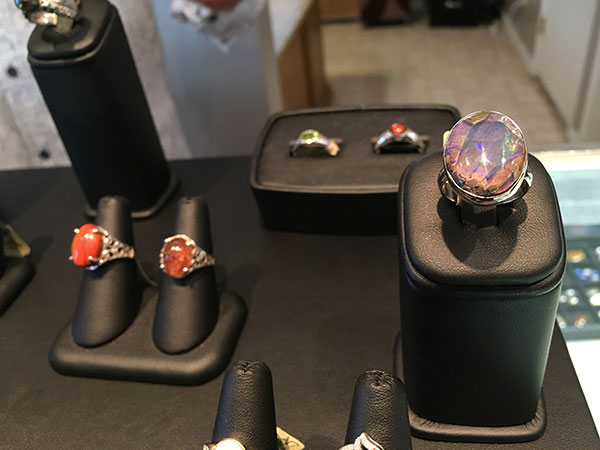 Sherry Rupert is the Executive Director of the Nevada Indian Commission and a passionate advocate for her people. At the Stewart Indian School, she tells us the history of the school and shares her vision for its future – to develop it into an important cultural tourism site. The Stewart Indian School was once an institution with a dark past reminiscent of our own stolen generation. Native American children were taken from tribes in the hope that they would be re-schooled in the white man’s ways and assimilated into society. But what began with a dark history is now becoming a story of hope and good will. The buildings and grounds are marvellous and well worth the visit.

During our time there, Ben treats us to a traditional ‘Eagle Dance’ which leaves us entranced at it’s simple, yet hypnotic rhythm and movements. We also eat a traditional lunch of beans, bread and other goodies. 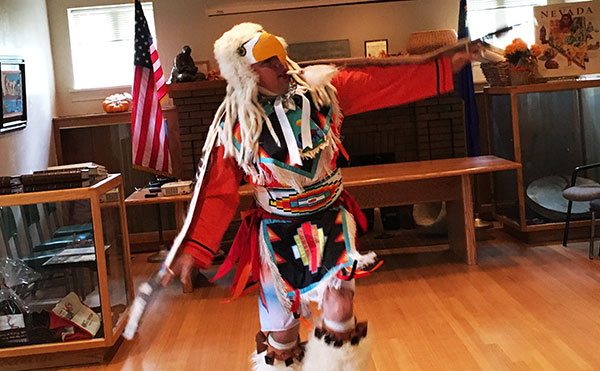 Ben is kind enough to guide us on a quick tour of Lake Tahoe, which is the holiday destination for Nevada residents. It’s also a very important and sacred site for the Washoe Tribe.

We do a whirlwind tour of Cave Rock and the Taylor Creek Visitor Centre, and head to Meeks Bay Resort and Marina, where Ben shows us some really cool cabins that you can hire and two traditional teepee-like structures made from the bark of huge cedar trees. We then gather around a sacred site where the Washoe women would grind pinon nuts into mortar-and-pestle-like holes in the rock. Ben prays for us and asks the spirit of the land to watch over us and to keep us true and good.

We complete our circuit of Lake Tahoe, which I highly recommend doing, even if you only have a day in the region. It only takes a couple of hours and you’ll get to visit two states in one go. It’s a beautiful part of the world and you’ll quickly see why the locals flock there in summer for the cool waters and in winter for the challenging slopes and ski resorts.

Ben has invited a select group of us to sample his own Warrior’s Path Tour. On his tour, Ben wants you to experience Native American life now and then, and hopes to reawaken the traditions and culture of the Great Basin Tribes through hands-on demonstrations, traditional arts and crafts and visiting the sacred sites of his ancestors.

I can tell you that Ben knows his history and boy is he one proud and inspiring man.

With him we visit wild horses and burros, then we get permission to fish from the stunning Pyramid Lake. He explains the origin myth of the Stone Mother. Standing knee-deep in the cool, healing waters, I realise life is sacred and promptly give up smoking. 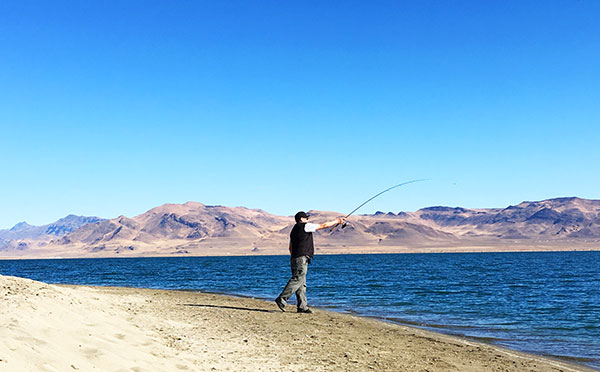 We drop into the Pyramid Lake Paiute Tribe Museum and Visitor Center, where we hear stories from the Elders and see American Indian artwork and antiquities, including intricate basket weaving, weapons, taxidermic wildlife and beadwork.

Our tour concludes at the site of The Pyramid Lake War of 1860 – where the single greatest confrontation between American Indians and whites in Nevada’s history took place.

If I’ve learnt one thing from my travels on the Native American cultural trail, it’s that you cannot keep good people down. I have seen sorrow and tragedy turn into determination, hope and rebirth and while some tribes still struggle, many are prospering. Nothing will reconcile the destruction of their homelands and the slaughter of their ancestors. However, the heart, tenacity and spirit of these people is too inspirational to put into words. My experience with them has changed my life – definitely my outlook on life. 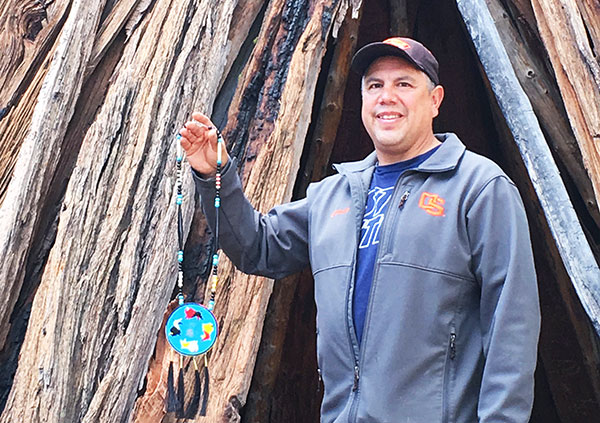 The trail is but one of a plethora of possible road trips you can take through Nevada. If you’ve ever wanted to get into a car and just drive unhindered through some of the most hypnotically gobsmacking scenery (not so-good for the driver I suppose, but the passenger will thank me!) then you must try a road trip in Nevada. And you can pretty much pull up anywhere in the desert and camp, or stay in some of the coolest quarters I’ve holed up in, for sure.

Autumn and spring are the best times of year to visit Nevada. The weather is just right and the country is at its most colourful. If you need a travel buddy, email me. I can’t wait to get back there.