There are many reasons why one would want to go to Lake Como – undisputedly beautiful it also benefits from Italy’s notoriously good food and wine. However aside from the sparkling waters and breathtakingly beautiful backdrops, there is one major drawcard that has nothing to do with the surroundings: George Clooney.

The man of many women’s dreams, fell in love with the infamous lake on a motorbike tour, so much so that he decided to take up residence on it shores in Laglio. Causing an influx of tourism, the former Mayor of Laglio made Mr Clooney a honourary citizen to thank him for putting the small town on the map.

While there are plenty of reasons to hop around between the towns in Lake Como one of the better ones, and one the locals are all too used to hearing is going in search of George. With dedicated tours past Casa Clooney, there are a few other noteworthy places to seek out the silverfox. 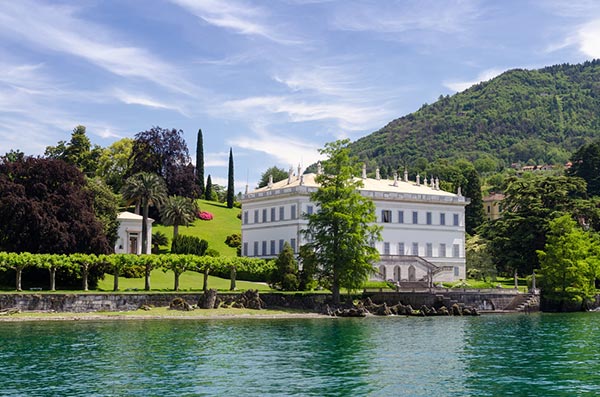 Villa Melzi
Located an easy walk along the Bellagio waterfront, Villa Melzi was built by Francesco Melzi d’Eril as his summer residence. Set upon acres of beautiful gardens, while the actual villa itself is somewhat stark, the grounds are simply stunning. Featuring fountains and grand gates leading to the lake, the villa has its own chapel and pagoda both with beautifully tiled floors. A haven of tranquillity, while strolling alongside the shimmering water was good for the soul, there was sadly no sign of the old boy. 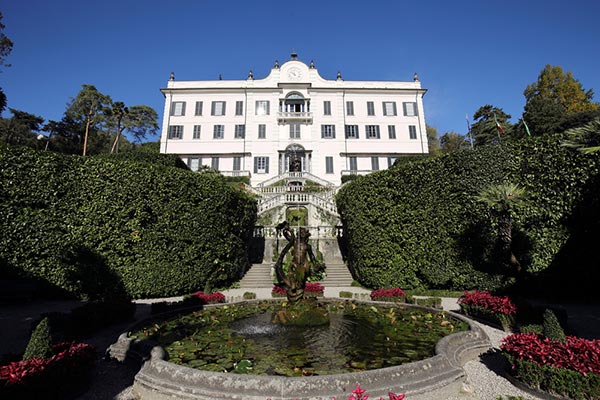 Villa Carlotta
A short ferry from Bellagio, Villa Carlotta is located next to Tremezzo over the other side of the lake. Situated on the main road, it’s not quite as secluded as Villa Melzi but is every bit as beautiful, and perhaps even more so. With soaring gates at the front of the property, the Villa rises impressively three levels high and, unlike Villa Melzi you are allowed to grace the inside of Villa Carlotta, which is open to the public as a museum. The expansive gardens are more maze-like than its opposing neighbours and even encompass their own waterfall. Don’t leave without getting a picture of your future house goals from the front gates, and don’t be surprised if you leave without having seen George. 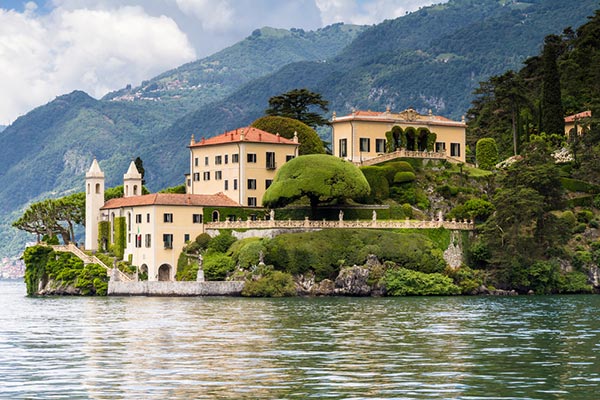 Villa Balbianello
Saving the best until last, Villa Balbianello is the most famous of all the villas in Como. Featured in Bond films and the Star Wars wedding scene, the breathtaking property proves that heaven actually is a place on earth. While the gardens alone are stunning, pay the extra euros for the tour of Guido Monzino’s residence. You’ll be taken through his entire house – from the library to the room he gifted to his mother, via the extraordinary loft with all his achievements and complete with the sled he used on his North Pole expedition as a centrepiece. The guides even point out where his secret passages start and end and have an impressive knowledge of the history of both the home and its overachieving owner. Be warned though, with its own waterfront entrance you will most likely suffer a similar fate as I did and decide that this is the ideal place to get married. A revelation which will shift your priorities from seeking out George to finding any man that can play groom to your fairy tale wedding!

Have you visited any villas at Lake Como? Which was your favourite?