When you think about airports and the masses roaming through each day, it’s not a surprise to learn that they are one of the germiest places on the planet.

But if you had to guess which is the dirtiest place at the airport, you’d probably get it wrong.

Most people would assume it’s the bathroom. But no, no, it’s not …

Studies conducted on 18 major US airports, where swab tests were used to identify the spots with the highest amount of bacteria and fungal cells per square inch (CFU), revealed that the dirtiest place at the airport, with an average of 253,857 CFU, was the self check-in kiosks. 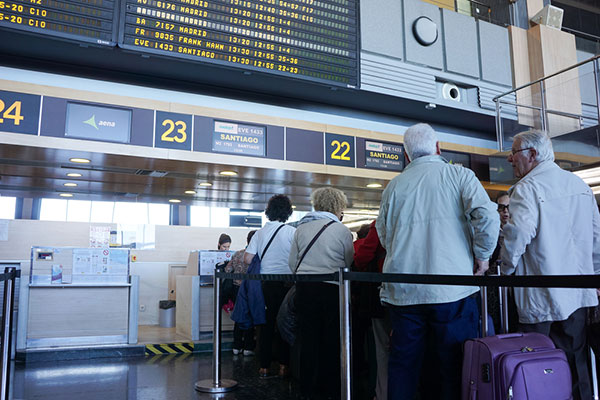 The second germiest places were the armrests at the gate lounge, with over 21,000 CFU and third were the water fountain buttons with a little over 19,000 CFU.

Next, researchers took to the airplanes, and found that the plane’s toilet flush button contained around 95,145 CFU, making it the dirtiest spot. Tray tables were next, at 11,595 CFU and the seat belt buckle came in third with 1116 CFU.

Considering an airport’s toilet seats averaged around 172 CFU, your first guess was probably waaaay off …

The studies, while relatively shocking, highlight the need to wash your hands with soap and to pack a packet of sanitising hand wipes to clean your tray table, seat belt buckle and other oft-touched surfaces, such as the touch screen and armrests. It would probably pay to be conscious of keeping your hands from your face whenever you fly, too.